KARMOL, a joint venture between Karpowership and Mitsui OSK Lines, said its first floating storage regasification unit (FSRU) is set to begin sea trials off Singapore, ahead of its deployment to Senegal.

The FSRU, called KARMOL LNGT Powership Africa, was delivered on 15 March by Sembcorp Marine in Singapore. Following trials, the FSRU is expected to depart Singapore in early April and is expected to arrive in Senegal in mid-May.

It will enable KARMOL to offer LNG-powered electricity to the West African country for the first time using its floating Powership, Karadeniz Powership Ayşegül Sultan.

Karpowership is operating a 235-megawatt capacity Powership in Senegal, which is around 15 per cent of the country’s supply. The FSRU will soon sail to the country and the Powership will switch to operating with LNG before the end of June.

This means a combination of Powerships and FSRUs will bring LNG-to-Power facilities to countries with no domestic gas supply.

KARMOL has another FSRU already under construction, planned for deployment to Mozambique.

Gokhan Kocak, KARMOL board member, said: “We have a bold ambition to offer LNG-to-Power across the world and especially within Africa. Usage of FSRUs means we can unlock the benefits of clean and affordable electricity for millions of people, even where countries have no domestic gas production or infrastructure.”

“The use of FSRUs and Powerships is a ground-breaking solution which opens up the prospect of stable electricity, powered by efficient, cleaner fuels, to many more countries,” he added.

The Senegal FSRU as well as the Mozambique-bound vessel, each have a capacity of 125,000 cubic meters. Singapore-based Sembcorp Marine has done the construction and conversion work.

Karpowership’s and Mitsui OSK Lines’s joint venture KARMOL was established in 2019 with the mission of becoming the world’s most reliable and preferable LNG-to-Power solution provider. Since then, KARMOL has been investing in related assets and joint marketing its solution. It is currently working on two projects of Karpowership, in order to convert them to an LNG-to-Power project 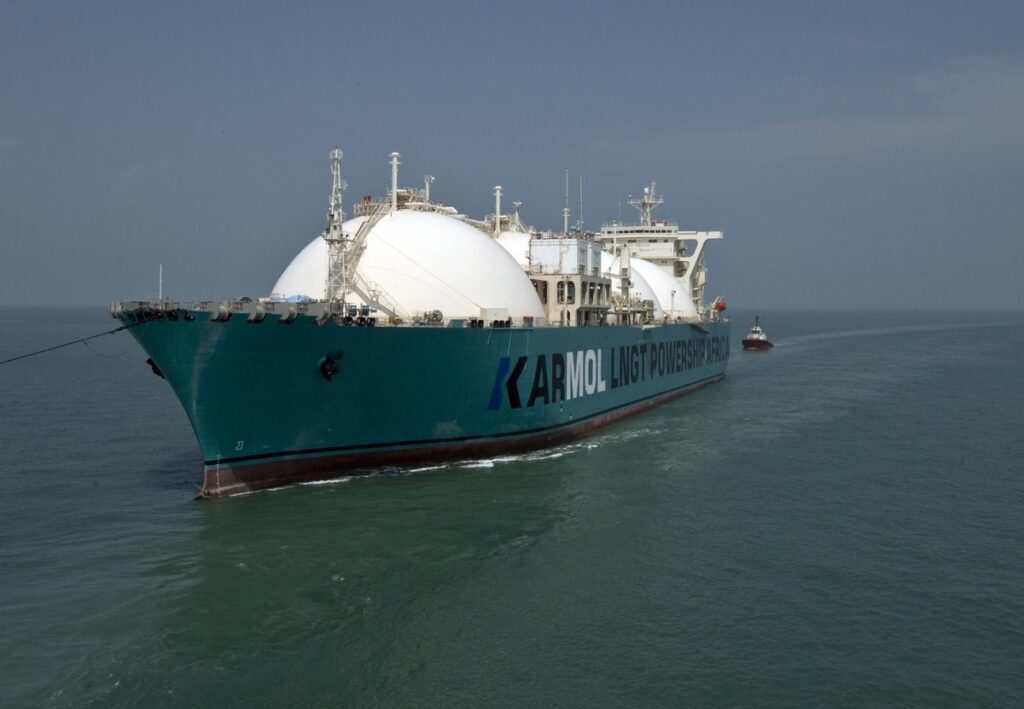