Knutsen OAS Shipping is technically ready to carry LNG from the Snøvit field to Japan through the Northern Sea Route.

Being technically ready means that Knutsen OAS Shipping, with some reservations, has received the approval of Russian authorities, allowing the ship to carry out such passage in the next season.

“We started preparations in the spring of 2010. The Murmansk based NSR administration has now approved our application, subject to our acquiring charts, navigation equipment and warm clothing for the crew,” say two of the persons in charge of the work to make Ribera del Duero Knutsen ready for such voyage, Nils Kristian Strøm and Synnøve Seglem.

Only vessel with DNV ICE-1 A

Ribera del Duero is the only vessel in the world capable of carrying out such a journey. It is classified as DNV ice class ICE 1A by Det Norske Veritas and has a winterisation notation.

“We estimate that the passage from northern Europe to Japan will take half the time it takes to sail through the Suez Canal. On parts of the passage we shall need the assistance of two Russian nuclear ice breakers.

Our preparations include amongst others performing a special DNV stability analysis and a DNV Risk Assessment report. Moreover, Russian inspectors have been onboard Ribera del Duero Knutsen, to assess its condition before approving the application,” they report. 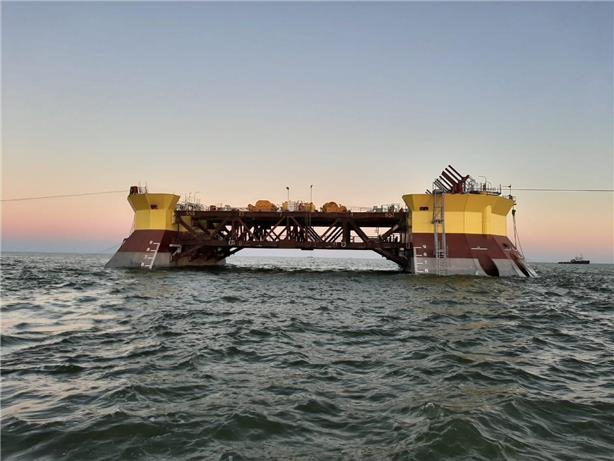