Kosmos Energy announced on Wednesday that its Ahmeyim-2 appraisal well has delineated the Ahmeyim and Guembeul gas discoveries offshore Mauritania and Senegal.

Located in Mauritanian waters, approximately 5 kilometers northwest, and 200 meters downdip of the basin-opening Tortue-1 discovery well in approximately 2,800 meters of water, Ahmeyim-2 was drilled to a total depth of 5,200 meters.

Furthermore, the company added, the well confirmed significant thickening of the gross reservoir sequences down-structure and importantly, within the Lower Cenomanian, static fluid pressure communication between the Tortue-1, Guembeul-1 and Ahmeyim-2 wells. The well encountered 78 meters (256 feet) of net gas pay in two excellent quality reservoirs, including 46 meters (151 feet) in the Lower Cenomanian and 32 meters (105 feet) in the underlying Albian. These results demonstrate field-wide reservoir continuity and indicate Tortue West is a large, simple gas field, the company explained.

With the integration of the Ahmeyim-2 well results, Kosmos’ Pmean gross resource estimate for the Tortue West structure has increased to 15 Tcf from 11 Tcf as a result of extending the field area in the Cenomanian and the Albian. Accordingly, the Pmean gross resource estimate for the Greater Tortue Complex has increased to over 20 Tcf from 17 Tcf.

“Ahmeyim-2 is our fourth successful exploration and appraisal well and continues our 100 percent success rate in the outboard Cretaceous petroleum system offshore Mauritania and Senegal, further demonstrating that Kosmos has opened a world-class hydrocarbon province. With this well, we believe we have proven sufficient gas resource to underpin a world-scale LNG project in the Tortue West structure alone. The combination of the resource size and quality continue to support our view that Tortue is a competitive source of LNG and we are working towards commercialization,” said Andrew G. Inglis, chairman and chief executive officer.

“Our well-to-seismic calibration has again been proven, highlighting the reliability of this tool and increasing our confidence in its use for fully unlocking the basin, which we believe has significant potential for both oil and gas. We now plan to drill the first of three independent oil tests in our blocks offshore Mauritania and Senegal, starting with the Teranga-1 well, located in the Cayar Offshore Profond Block, offshore Senegal.”

Kosmos operates the Ahmeyim-2 well with 90 percent equity and is joined by its partner SMHPM at 10 percent. The blocks are contiguous, range in water depth between 1,000 and 3,000 meters, and have combined acreage of approximately 27,000 square kilometers. 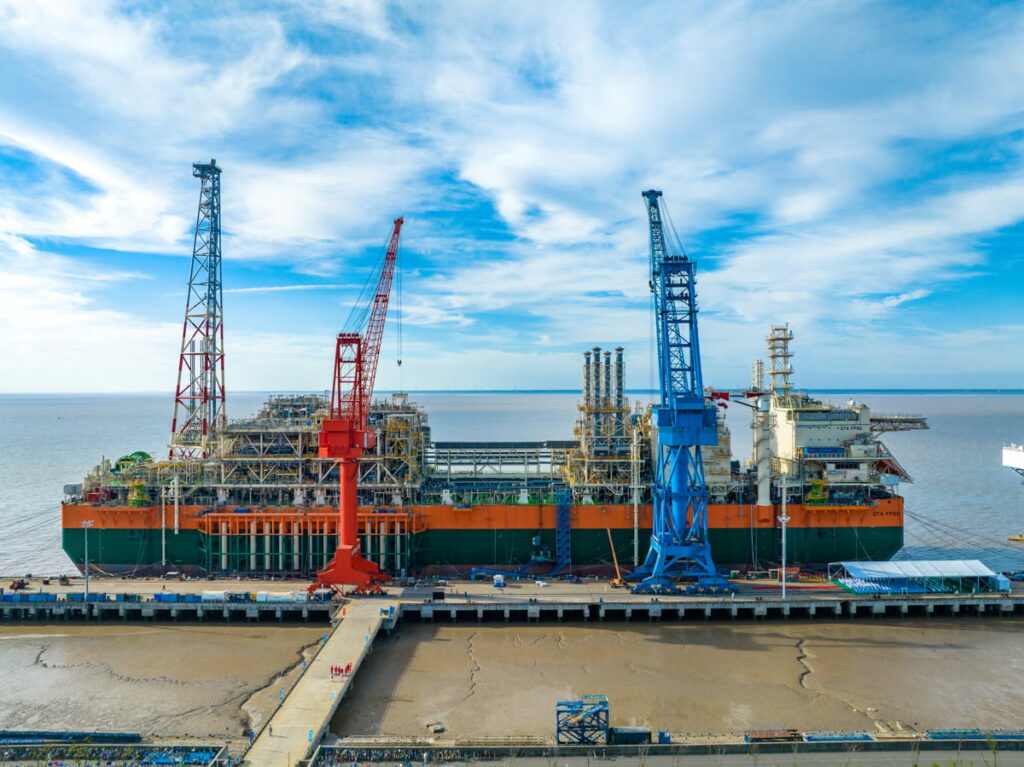 No significant damage on BP’s new Tortue FPSO, partner says
Posted: 5 days ago
BP’s new FPSO drifts away from quayside as typhoon passes through shipyard
Posted: 13 days ago
First gas from Greater Tortue Ahmeyim on target despite FPSO delay
Posted: about 1 month ago