U.S. oil company Kosmos Energy has won a dispute with Tullow regarding its share of the liability of costs related to the West Leo rig contract beyond October 1, 2016.

Kosmos Energy’s subsidiary Kosmos Energy Ghana HC was successful in its arbitration against Tullow Ghana Limited in a dispute over responsibility for expenditures stemming from termination of the West Leo drilling rig contract, Kosmos said on Wednesday.

The tribunal’s final award in the arbitration was delivered to the parties by the International Chamber of Commerce on Tuesday, July 17, 2018.

As a consequence of the arbitration award, Kosmos will not be required to fund Kosmos’ portion of Tullow’s liability to Seadrill, estimated by Tullow to be approximately $50.8 million. Kosmos will also be reimbursed by Tullow for approximately $14 million plus interest, related to amounts previously paid under protest as well as certain costs and fees of pursuing the arbitration.

In June 2016, Kosmos Energy Ghana HC filed a request for arbitration with the International Chamber of Commerce against Tullow Ghana Limited in connection with a dispute arising under the Deepwater Tano Joint Operating Agreement. At dispute was Kosmos Energy Ghana HC’s responsibility for expenditures arising from Tullow Ghana Limited’s contract with Seadrill for use of the West Leo drilling rig once partner-approved 2016 work program objectives were concluded. Tullow sought to charge such expenditures to the Deepwater Tano joint account.

The judgement for the dispute between Tullow and Seadrill was made earlier this month.

The Hon. Justice Teare ruled that Tullow was not entitled to terminate its West Leo rig contract with Seadrill on December 4, 2016 by invoking the contract’s force majeure provisions and as such requires Tullow to pay Seadrill a contractual termination fee and other standby fees that accrued in the 60 days prior to termination of the contract. 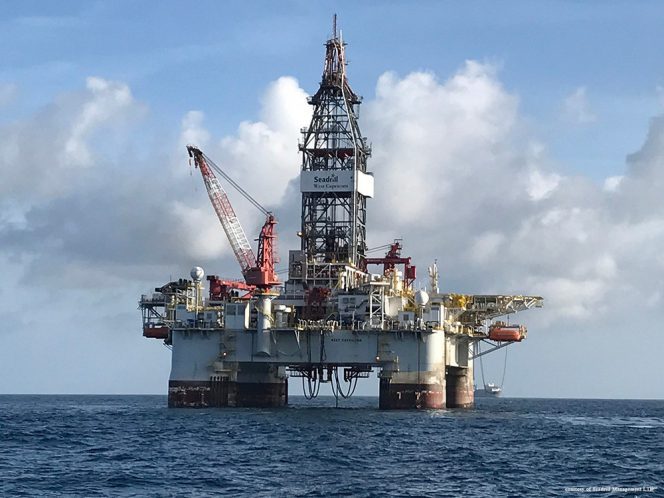