HHI’s is projected to post an operating income of KRW 106 billion (USD 93.6 million) during the July-September period, slashed from last year’s operating earnings of KRW 322 billion won, Based on Yonhap Infomax data.

In its interim business performance for August, HHI said that sales were 36.13 percent down year-on-year as the company racked up KRW 6.9 trillion against KRW 10.5 trillion in sales reported in August 2016.

Shipbuilding orders constituted the bulk of new orders for the period that stood at USD 2.7 bn, out of which USD 2.02 bn was booked from the shipbuilding sector. However, offshore and engineering saw a 66.8 pct decline with USD 165 million worth of orders.

Due to low order intake, HHI agreed with its workers to implement a paid leave rotation scheme as a way of coping with work shortage.

The five-week program rotation, starting on September 11, would help resolve the issue of the idle workforce, HHI said, enabling the employees to keep their jobs.

Furthermore, SHI’s perating income is expected to reach KRW 39 billion for the third quarter, also considerably down from KRW 84 billion booked a year earlier, the data from Yonhap Infomax shows.

According to Yonhap, Daewoo Shipbuilding & Marine Engineering Co. is also projected to chalk up a profit under the current quarter, building upon its operating income from the second quarter of KRW 665 billion.

Earlier this year, the trio saw their ratings lowered amid the protracted industry slump, with HHI being downgraded to A- and SHI to BBB+.

The three shipbuilders have been busy with cost-cutting measures and restructuring activities as they work to combat industry downturn.

Namely, the Big three saw their joint orderbook decline from USD 24.3 billion to USD 10 billion in 2016.

The fate of their Chinese counterparts doesn’t seem to be much better as they witness an 11.3 percent year-on-year drop in newbuilding order intake pushing the order backlog at Chinese yards to 81.11 million DWT at the end of August 2017.

This is a 29 percent drop year-on-year and 18.6 percent decrease when compared to end-2016, according to the China Association of the National Shipbuilding Industry (Cansi). 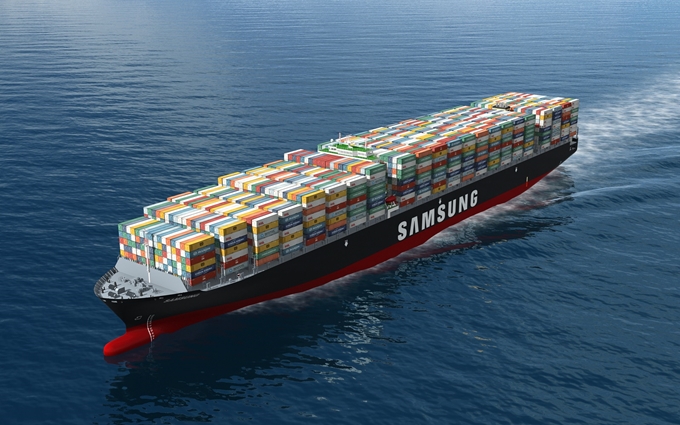