Lithuania’s Klaipedos Nafta will temporarily relocate its floating storage and regasification unit (FSRU) Independence while Klaipeda’s port waters are being cleaned this week.

From March 30 to April 5, the FSRU will be moved from the usual location of the LNG terminal near Kiaulės Nugara Island while operations of the facility will be temporarily suspended.

The cleaning works will be carried out by the Belgian dredging company Jan de Nul, according to a Klaipedos Nafta statement.

About 50,000 cubic meters of soil is expected to be excavated during these works.

The aim is to ensure that the cleaning works are carried out as quickly as possible and that the LNG terminal operations will be resumed according to the intended plan, the statement said.

Head of Klaipėdos Nafta Darius Šilenskis said that the sediment cleaning works in the mooring zone of Independence would be carried out for the third time since the start of operations in 2014.

“During the COVID-19 pandemic, for the sake of maximum safety, we will only carry out the work we are capable of doing on our own,” Šilenskis said.

This includes inspection of LNG terminal automatics, electrical, and fire protection systems as well as the maintenance of the gasline and mooring equipment.

“For the time being, maintenance work that requires the help of external contractors is scheduled for the fall,” Šilenskis said.

However, the Lithuanian company has recently signed a deal with the Nordic Investment Bank (NIB) to finance the purchase of a FSRU once this deal expires. 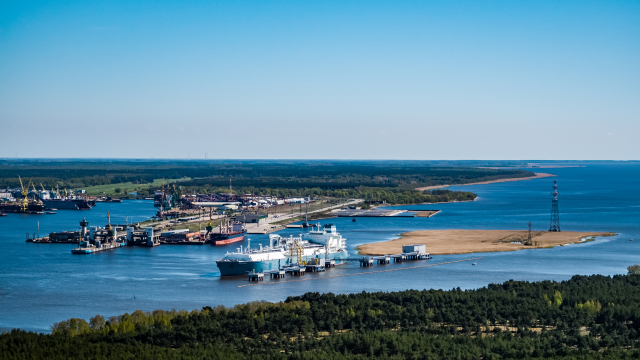