LNG Blue Corridors five-year project has come to its end with the results of projects having LNG as a transport fuel in their scope being presented during the project’s final event.

At the end of April 2018, the project was seen as fulfilling its initial targets with a fleet of 140 LNG trucks having covered over 31.5 million kilometers while consuming in total about 14,2000 tons of LNG.  The volumes were distributed in 111,000 refueling operations completed in 12 stations of the project.

The project notes the corridor road network is still expanding progressively, with new routes becoming available for the LNG trucks, thanks to the development of the infrastructure.

In terms of vehicles, Iveco, Scania and Volvo, the three manufacturers that aided the introduction of new models to the market optimizing the high-power LNG trucks for the long-haul market needs.

The LNG-fueling infrastructure development followed along with about 30 stations added every year. Since the start of the project, the infrastructure grew from 40 stations in 2014 to about 130 in early 2018; and some more dozens are under construction, design or in planning.

Also growing over time has been the number of L-CNG stations which, if only selling CNG today, have an LNG stationary tank available in their premises, so can easily turn into LNG stations in the near future as soon as demand rises in their areas.

The project is pointing the focus towards the potential of LNG to be supplied by the railroad in ISO containers as an alternative option for mass delivery of LNG. 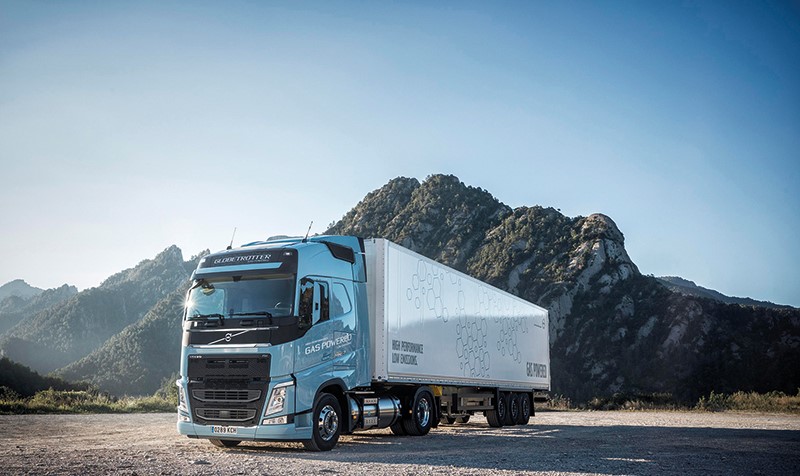