The $2.25 million-worth transaction, scheduled to close on Friday, includes the Louisiana LNG export project and its 16 employees.

The deal also includes LNG Limited’s optimized single mixed refrigerant liquefaction technology that would be used at the proposed terminal.

The deal was announced by LNG Limited’s voluntary administrators PricewaterhouseCoopers that were appointed May 1 to review the Australian company’s assets.

Should the transaction complete, all liabilities associated with Magnolia LNG will pass to the acquirer, Global Energy Megatrend.

The transaction does not include LNG Limited’s interest in the business and assets of the proposed Bear Head LNG export project in eastern Canada.

That project will remain to be controlled by LNG Limited.

The project site is located adjacent to the Calcasieu Ship Channel, an established shipping channel in the Lake Charles District.

A joint venture between KBR and SKE&C is undertaking EPC contracting efforts for Magnolia LNG, with KBR leading the joint venture team. 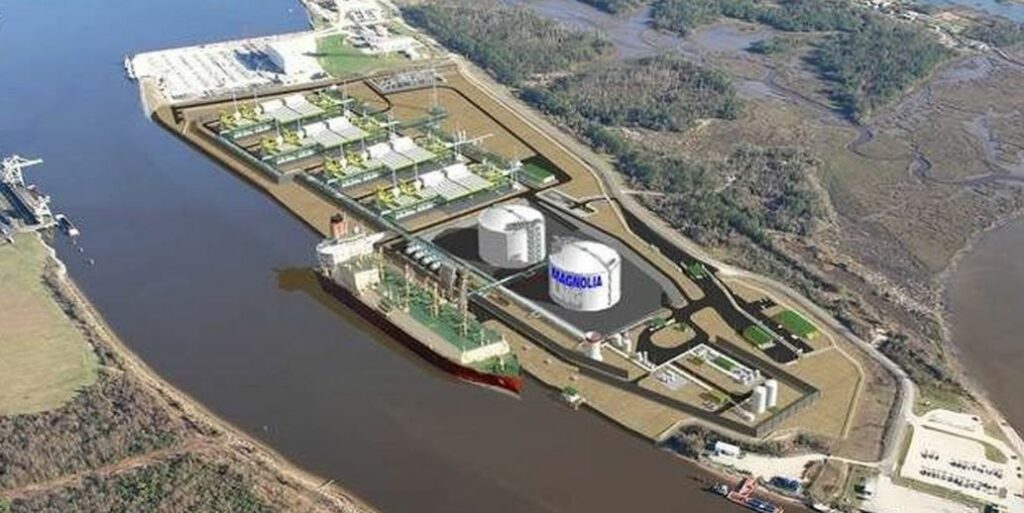