The Term Sheet is effective until 30 June 2014 and, under the provisions of the Term Sheet, the parties intend to now progress and enter into a definitive Tolling Agreement.

Under the proposed Tolling Agreement, LNG Holdings will be responsible for delivery of gas to the MLNG Project for liquefaction, storage, and delivery onto LNG ships arranged or designated by LNG Holdings. In consideration of Magnolia’s provision of the tolling services, LNG Holdings will pay to Magnolia a fixed monthly capacity fee, over the 20 year tolling term, and other fees in relation to the MLNG Project’s fixed and variable operating and maintenance costs.

The MLNG Project comprises up to four gas liquefaction trains, each with a guaranteed capacity of 1.7 mtpa and an estimated nameplate capacity of 2.0 mtpa. Magnolia anticipates receiving final United States federal and state permitting in 2015, commencement of construction in 2015, and initial start‐up of operations in mid‐2018.

LNG Holdings, together with its operating partner Höegh LNG, will deliver LNG from the MLNG Project to both United States domestic and international markets via use of their planned Floating Storage and Regasification Unit network. Markets to be supplied, subject to the relevant DOE and other approvals, will include Höegh’s Port Dolphin project off Tampa in Florida and LNG Holding’s Port Ambrose project off Long Island, New York and the Port Meridian LNG import terminal in the UK, as well as other destinations compatible with Höegh’s FSRU vessels.

Magnolia’s President, Mr. Maurice Brand, said “this is another valuable step forward for the MLNG Project. In addition to plans to supply LNG to the UK, we are particularly pleased to embrace a unique United States domestic LNG supply option, which has the potential to materially benefit consumers from Florida to New York.” 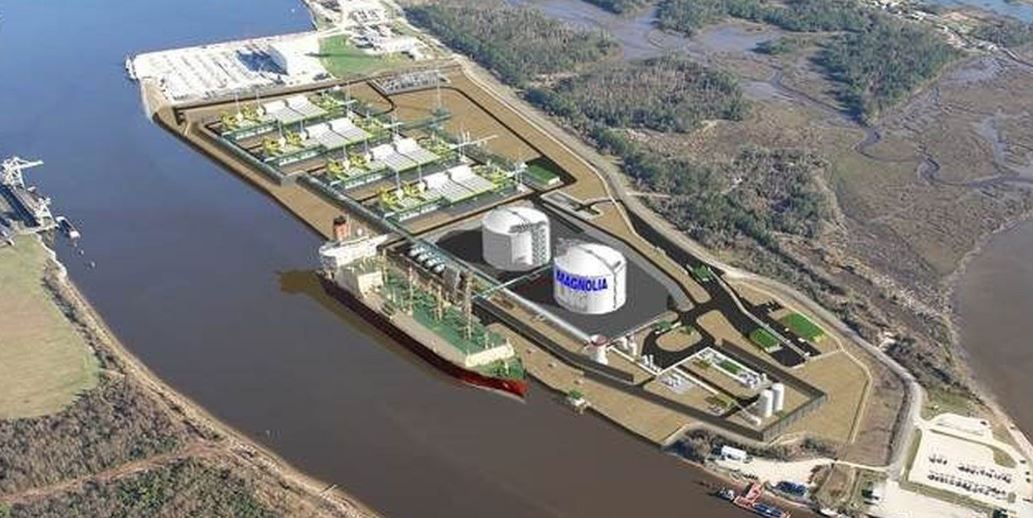