Finnish shipbuilder Meyer Turku has decided to permanently lay off additional 84 people after closing the latest phase of talks with unions, pushing the total count of job cuts to 250.

The most recent lay-offs include workers engaged in outfitting and design functions. According to Meyer Turku, the workforce reductions are predominantly carried out through retirement and other personnel arrangements.

“The people being laid-off will be offered personal guidance, support, and specialized training to ease the transition,” the shipbuilder said.

The tally is considerably lower when compared to the original estimations made in April as Meyer anticipated the job reductions would impact 450 people.

The cruise ship builder said the YT negotiations have now been closed.

Like many of its counterparts, Meyer Turku has been hit considerably by the impact of the Coronavirus pandemic on the cruise shipping market.

Suspension of sailings coupled with cost-cutting measures across the board by cruise liners has also affected building schedules for cruise ships on order let alone the appetite for ordering new ships.

In August, Meyer Turku concluded an agreement with its customers to stretch the fixed order book to reach until 2026.

The shipbuilder views the move as an important step to ‘stabilize the entire Finnish cruise shipbuilding cluster’ until the market situation for new orders recovers again.

“Unfortunately we have to take some painful steps to adjust to the actual market situation that obviously has changed dramatically during this year. We are continuously working on securing the future of the yard on a long term basis,” CEO of Meyer Turku, Tim Meyer, said.

The yard is currently building Costa Toscana, a 185 000 gross tonnage LNG powered cruise for Costa Cruises, a sister ship to Coast Smeralda, delivered at the end of 2019, and completing finishing touches on the LNG-powered Mardi Gras 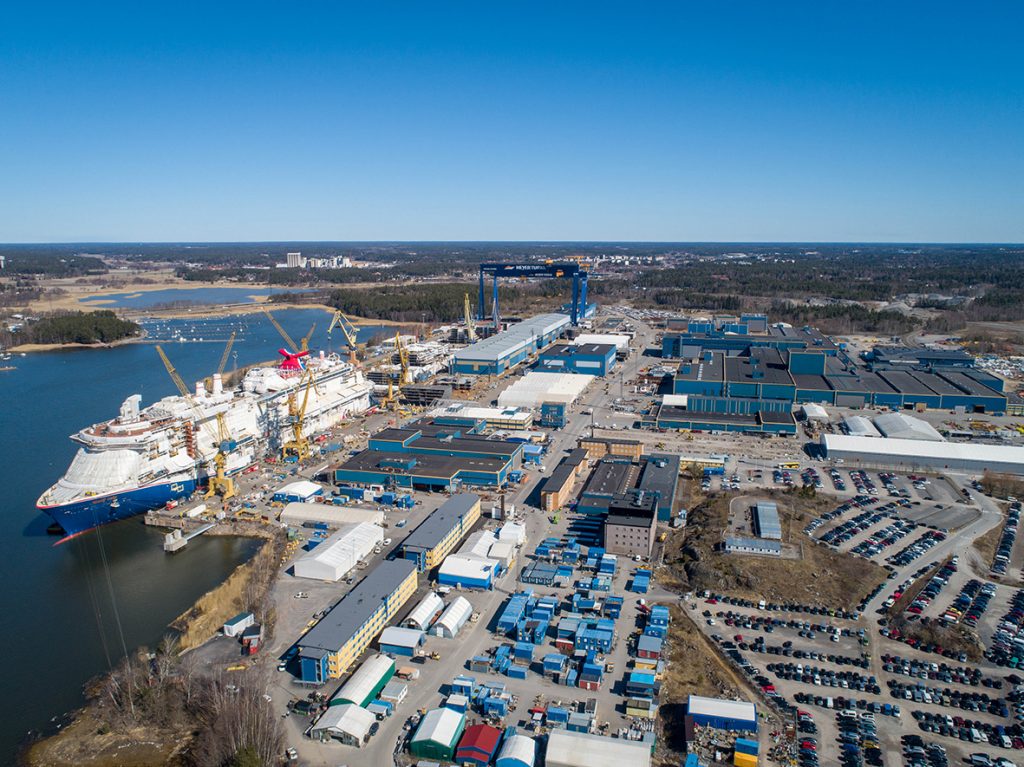