MODEC, Inc. (“MODEC”) announced that Petróleo Brasileiro S.A. (“Petrobras”), through its subsidiary Guara B.V., on behalf of Consortium BM-S-9, has awarded Charter Contract for the supply, charter, and operations of a Floating, Production, Storage, and Offloading (FPSO) vessel for the BM-S-9 block (Carioca Area) in the giant “pre-salt” region of the Santos Basin. This announcement is further to the Letter of Intent (LOI) which was issued on 20 September 2013.

This FPSO will be deployed at Carioca field in the BM-S-9 block in the “pre-salt” region of the Santos Basin in water depth of 2,100m. The BM-S-9 block is under concession to a consortium formed by Petrobras (45%), BG Group (30%) and Repsol Sinopec Brasil S.A. (25%).

The Schahin Group and MODEC are responsible for the engineering, procurement, construction, mobilization, installation and operation of the FPSO, including topsides processing equipment as well as hull and marine systems. SOFEC, Inc., who is subsidiary of MODEC, will design and supply the spread mooring system.

The FPSO delivery is expected by June 2016.

“We are very honored to be awarded the 9th FPSO for the pre-salt discoveries, this unit being MODEC’s 5th in the pre-salt. We are committed to carry out the project along with Schahin Group in order to contribute to the foundation for the development of heavy industry in Brazil.” said Toshiro Miyazaki, President and CEO of MODEC, Inc. 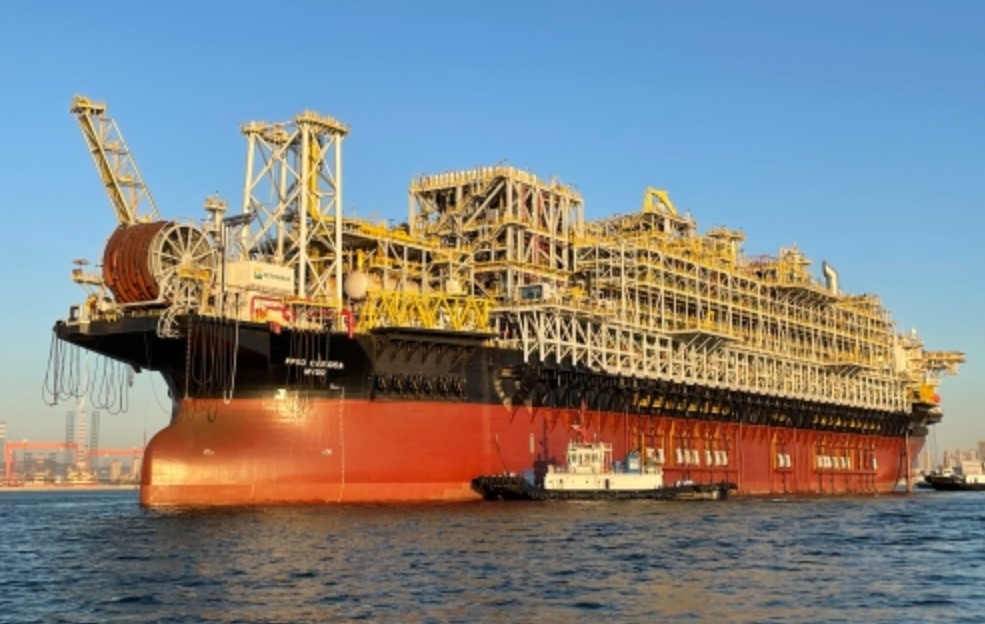