Advertisement
Back to overview
Home Green marine MOL: Despite teething problems, effectiveness of Wind Challenger on par with expectations

MOL: Despite teething problems, effectiveness of Wind Challenger on par with expectations

The Shofu Maru, the world’s first bulk carrier to be partially powered by wind, has completed its maiden voyage, putting the hardsail system installed onboard through its paces on a route from Japan to Australia and back.

The so-called Wind Challenger system is a telescoping hardsail that harnesses wind power to propel the vessel. The sail can be shortened and extended (55 meters in length) adapting automatically to the wind conditions on board as it can rotate 360 degrees.

At the end of October, the 100, 422 dwt bulker embarked upon a maiden voyage making an inaugural visit to the Port of Newcastle where it picked up coal cargo for Japan’s electric services company Tohoku Electric Power. The 235-metre-long Shofu Maru will transport coal mainly from Australia, Indonesia, and North America as a dedicated vessel.

The round journey also provided the crew of the vessel with an opportunity to check how the Wind Challenger behaved in real-life conditions and gather data on its performance.

“Although there have been minor problems, such as failure of the limit switch for detecting sail conditions, the ship’s crew and on-board engineers (MOL Technical Div and Oshima Shipbuilding) have been carrying out repair works and adjustments, and the sail operation rate been maintained at a high level of approximately 70%,” Mitsui O.S.K. Lines (MOL) said in an update.

“After collecting data of 1 round voyage, analysis and evaluation of the sail performance will be carried out. The simple analysis shows as effective as expected.”

Shofu Maru, owned by Japanese shipping company MOL, was delivered on October 7, 2022. The vessel is the first of its kind and it heralds a new era in modern shipping as wind propulsion marks its return as a sustainable power source. 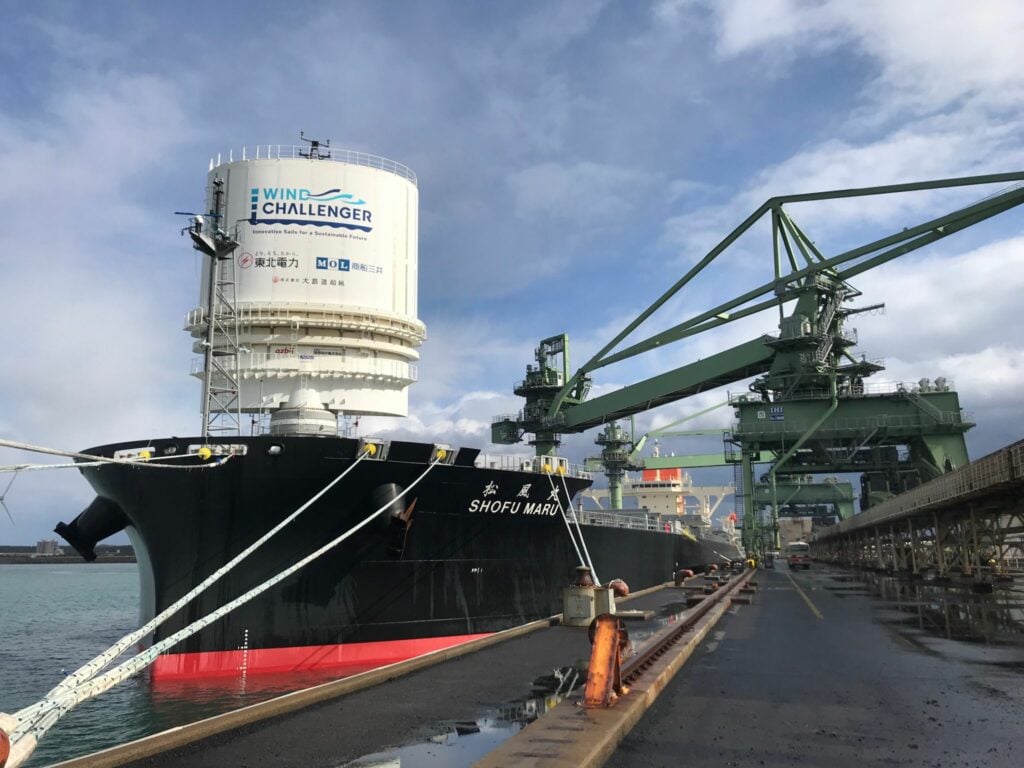