Japanese shipping company Mitsui O.S.K. Lines (MOL) and its subsidiary Ferry Sunflower Limited plan to conduct a trial use of the “berthing aid system,” which is under development by electronics company Furuno Electric using the large-scale car ferry Sunflower Gold.

The system measures the exact distance and angle between the hull and the pier, based on information obtained from LiDAR and satellite compasses, and displays the results on multiple screens.

It was developed to improve the safety and efficiency of berthing operations, which were conventionally conducted visually by crewmembers based on their experience.

In this trial use, MOL and Ferry Sunflower will verify the usability of the system, such as the ease with which crewmembers can understand the displayed measurement results when looking at the system screen.

The two MOL Group companies also aim to support developing and commercialise a system considering safety from crewmembers’ point of view by exchanging opinions with the ferry captain and crewmembers.

MOL also conducted a sea trial of the berthing aid system in the MOL-led sea trial of autonomous sailing on a commercial containership and car ferry from January to February 2022. The trial was part of the unmanned ship project MEGURI2040, backed by The Nippon Foundation.

In this trial, based on the results obtained from the “MEGURI2040” demonstration, the two MOL Group companies are simplifying the system installation on the vessel to improve the usability of the system in advance of its commercial implementation. 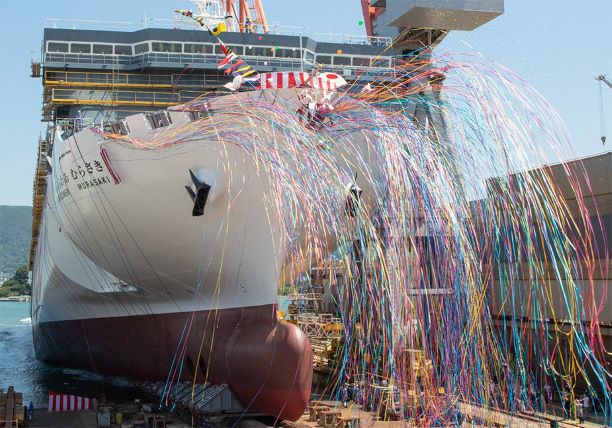