Japanese shipping company Mitsui O.S.K. Lines, Ltd. (MOL) and compatriot shipbuilders Tsuneishi Shipbuilding and Mitsui E&S Shipbuilding have launched a joint project aimed at developing and building an ocean-going liquefied gas carrier that will use ammonia as its main fuel.

As explained, the vessel is envisioned as a mid-size ammonia/LPG carrier equipped with a main engine that can run mainly on ammonia, and targeting net zero carbon dioxide (CO2) emissions while underway by using some of its ammonia cargo as fuel.

According to the trio, this ship type is in the mainstream of ammonia carriers used for international maritime ammonia transportation, therefore, the vessel will be able to call at major ammonia and LPG shipping and receiving ports around the world, meaning it can be used on a broad range of routes.

The three companies continue to move toward the joint development and design of the ship, and plan delivery and introduction of the vessel around 2026 as the first “net zero emission ocean-going vessel”.

In line with trends toward decarbonisation, worldwide interest in ammonia fuel—which emits no CO2 during combustion—is growing as a next-generation clean energy source. So the move to strategically use ammonia as fuel has been accelerating in the maritime industry as well.

The three companies intend to offer clean ocean transport solutions with net zero-emission vessels and play their part in efforts to realize a decarbonized society, while anticipating and responding to rising demand for ocean transport of ammonia.

Last year, MOL decided to re-enter the ammonia transport business after almost five years of being absent from the trade. It also joined forces with compatriot Namura Shipbuilding and Mitsubishi Shipbuilding to develop a large-size ammonia carrier powered by ammonia fuel. 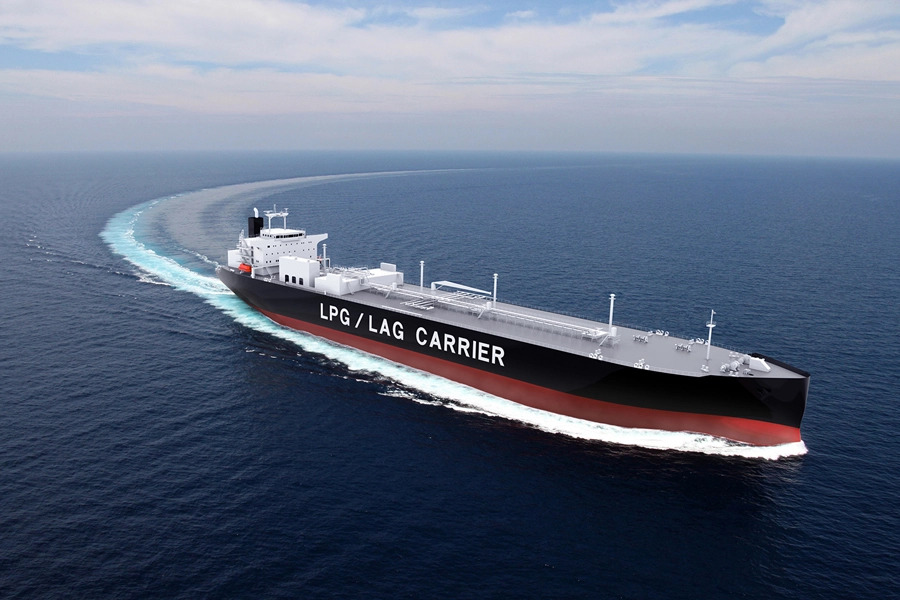