U.S.-based oil company Murphy Oil saw its net loss grow during the third quarter of the year while its revenues increased. The oil company is boosting its capex guidance for the year by $50 million.

Murphy on Wednesday posted a net loss from continuing operations of $66 million for the third quarter 2017, compared to $16.2 million in the prior-year period.

The company reported an adjusted loss, which excludes both the results of discontinued operations and certain other items that affect comparability of results between periods, of $6 million. The net loss includes the following items: an after-tax foreign exchange loss of $44 million and a loss of $12 million from mark-to-market of open crude oil hedge contracts.

The offshore business produced over 68 Mboepd for the third quarter, with 73 percent liquids. Third quarter 2017 operating expenses were $9.07 per boe.

In Malaysia, production in the quarter averaged over 49 Mboepd, with 66 percent liquids. In the Gulf of Mexico and East Coast Canada, production averaged over 19 Mboepd, with 90 percent liquids. This includes the addition of two wells acquired during the third quarter at the Clipper Field (Block GC 300), which are flowing into Murphy’s Front Runner facility at a current rate of approximately 4,600 net boepd.

Over in Vietnam’s Nam Con Son Basin, Murphy drilled the CM-1X well in Block 11-2/11 and encountered 50 feet of net oil pay. The company said it would continue to perform a commercial assessment of this block, which includes the successful CT-1X well announced in the second quarter 2017.

In the Cuu Long Basin, Murphy is working with its partners on the Block 15-1/05 LDV discovery for a Declaration of Commerciality in 2018, in addition to planning a nearby exploration well. Murphy continues to progress the process for entering the adjacent 15-2/17 block.

Murphy’s production for the fourth quarter 2017 is estimated in the range of 170 to 172 Mboepd. The ramp up in the fourth quarter production guidance is due to minimal scheduled downtime in offshore operations and additional online wells in North American Onshore. It also accounts for a seven day Gulf of Mexico shut-in due to Hurricane Nate.

The company is tightening estimated full year 2017 production guidance to be in the range of 164 to 165 Mboepd. As a result of the Midland Basin and Brazil entries, along with the acquisition of the Clipper Field, full year capital expenditure guidance is being increased by approximately $50 million to $940 million. 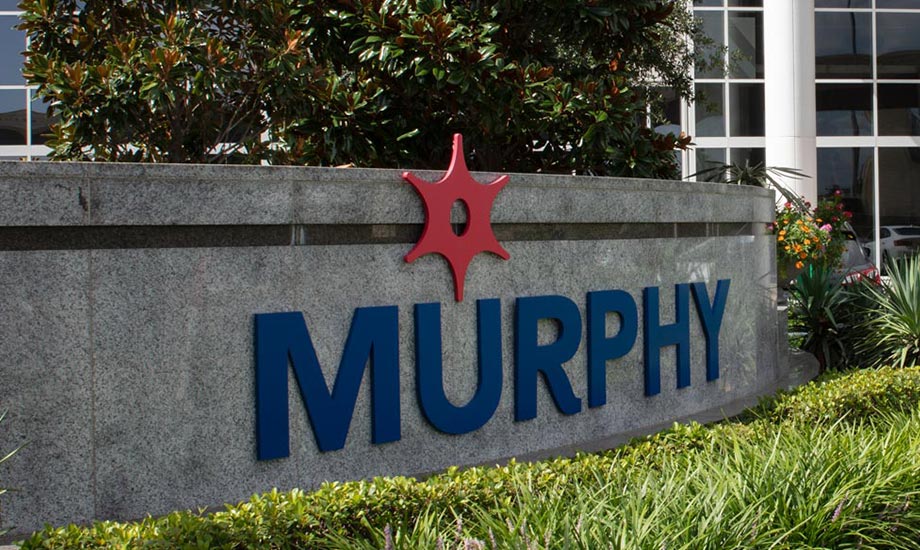