Pandion Energy has been pre-qualified as a licensee on the Norwegian Continental Shelf (NCS) and received an approval for the acquisition of all licences in Tullow Oil Norge’s existing portfolio including a 20% interest in PL 636 containing the Cara oil and gas discovery.

Pandion, a private oil and gas company founded in November 2016 with a focus on the NCS, said in a statement on Thursday that Cara is an attractive discovery located just 6 km northeast of the existing Gjøa infrastructure in the Norwegian sector of the North Sea.

Jan Christian Ellefsen, CEO of Pandion Energy, said: “The pre-qualification of Pandion Energy and completion of the transaction with Tullow Oil Norge AS is an important milestone for the company, demonstrating the quality of our organization and operational platform.

“Since founding the company in November last year, we have built up a pipeline of investment opportunities spanning from exploration assets to development projects. With all required approvals in place, we are now ready to capture these opportunities through acquisitions, farm-ins and licensing rounds.”

The Pandion Energy team has worked together for almost 10 years at Tullow Oil Norge and its predecessor, Spring Energy.

Pandion is Backed by Kerogen Capital, an international private equity fund manager specializing in the international oil and gas sector.

The partners in the production license PL 636 are Engie E&P Norge (30% and operator), Idemitsu Petroleum Norge (30%), and Wellesley Petroleum (20%). The remaining 20% interest, owned by Tullow, now goes to Pandion.

Earlier this year, Engie awarded contracts for feasibility studies for the Cara project  to TechnipFMC and Aker Engineering and Technology. The studies were meant to consider whether the Cara discovery could be tied-in to existing Gjøa infrastructure through a subsea solution.

According to Engie, Cara was the largest oil and gas discovery made on the Norwegian Continental Shelf in 2016, with an estimated volume from 40 to 80 million barrels of oil equivalent.

Tullow calculated that the Norwegian asset sale would yield proceeds of up to $0.2 billion. 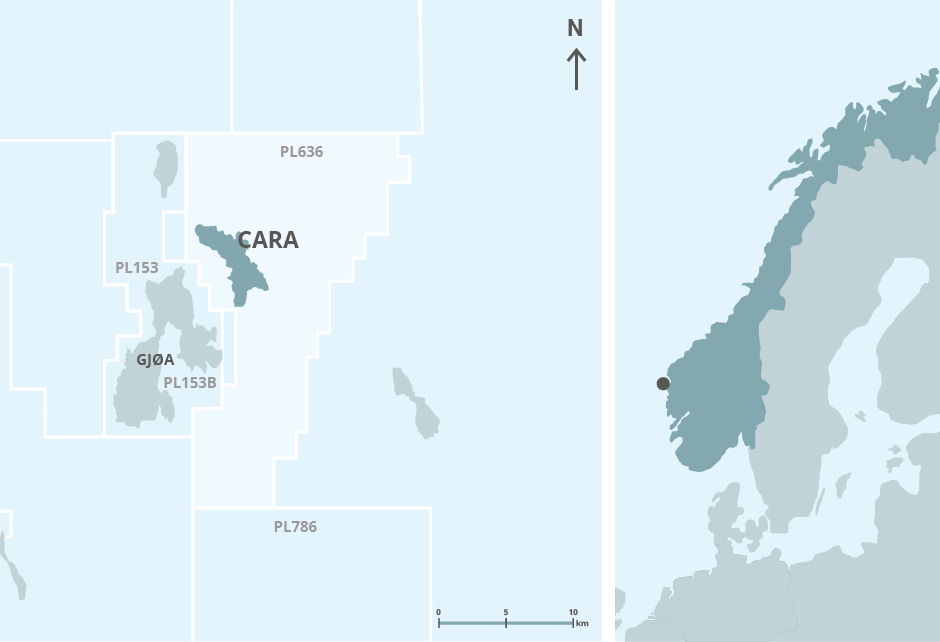