Furthermore, there is a low level of awareness of occupational diseases at the Aliaga yards, according to NGO Shipbreaking Platform.

“NGOs and local labour rights groups, including Platform partner Istanbul Health and Safety Labour Watch (IHSLW), are concerned about the high accident rate and the low awareness of occupational diseases at the Aliaga yards. As in South Asia, trade union organisation remains weak in Aliaga,” the platform said.

What is more, as explained by the NGO, the landing method which is used in Turkey “also poses environmental challenges as the risk of slag and paint chips falling into the water is high.”

However, the platform pointed out that through engagement with NGOs and labour rights groups, the Turkish Ship Recyclers Association remains attentive to constantly improving the industry practice.

To that end, several of the yards in Aliaga have applied to be on the upcoming EU list of approved ship recycling facilities.

“In order to make it on the EU list, the yards will be subject to critical assessment of their environmental and social performance,” the platform added.

In 2016, Turkey dismantled 92 ships, including several drill ships and platforms. In comparison to South Asia, Turkey dismantles smaller vessels, many of them either EU-owned or EU-flagged. Aliaga is also a preferred destination for EU navy vessels, the platform’s data shows. 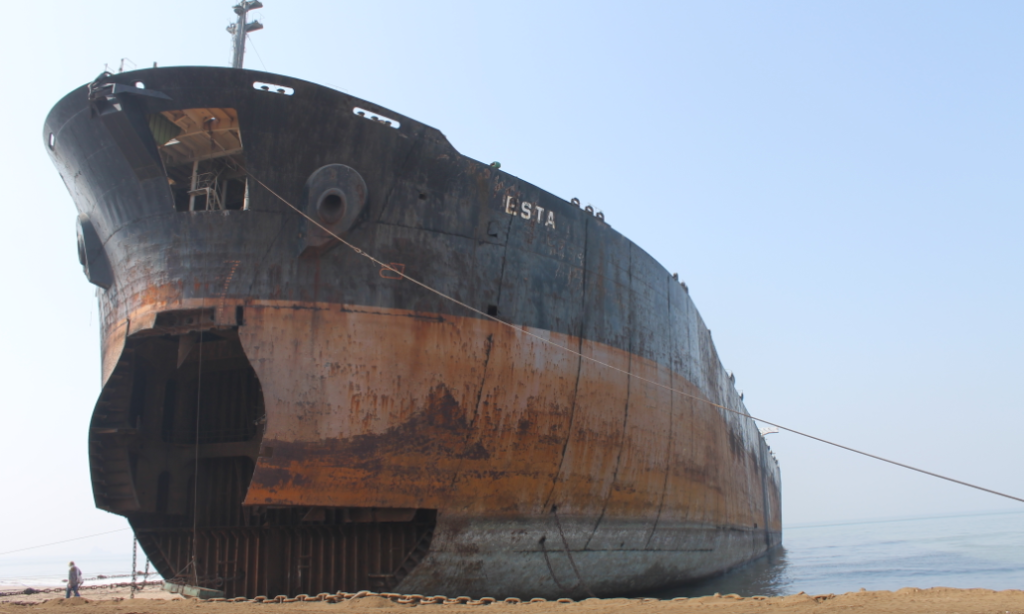 Two Eimskip boxships sent to dirty scrapyards in India, investigation reveals
Posted: 3 months ago
NGO Shipbreaking: A third of shipbreaking yards in Bangladesh never shut down during lockdown
Posted: 6 months ago
Shipbreaking cartel in Bangladesh comes to an end
Posted: about 1 month ago
Advertisement
Related vacancies