Two NGOs have demanded from the top ten container giants to invest a minimum of $95 billion of this year’s mega-profits in kick-starting their own upgrade to zero-emission propulsion.

The demand has been announced in a joint statement issued by Pacific Environment and Seas at Risk on 8 July, ahead of Amazon Prime Day on 12 and 13 July.

According to NGOs, Amazon Prime Day is promising once again to increase online retail sales and with it the associated pollution from transporting millions of tons of goods on fossil-fueled mega-ships across the world’s oceans.

With billions of dollars made in profits on “cheap, fossil-fueled ships”, global container shipping lines must take responsibility for their environmental impacts and urgently ramp up investments in their zero-emission transition, the two NGOs stressed.

Container ships transport around 90% of all traded goods worldwide, with business booming since the COVID-19 crisis. Shipping companies have been charging higher rates as consumers demand more shipped goods as a result of the pandemic. Drewry, a maritime consultancy, estimates that cargo lines made a record-breaking $190 billion last year — more than Facebook, Google, Amazon, and Netflix combined — and are set to top it with profits of up to $200 billion in 2022.

At the same time, the industry is decades behind achieving its own climate target (a 50% emissions cut by 2050) and nowhere near phasing out emissions in line with the Paris Agreement, according to think-tank Nordic West.

Ocean ships run exclusively on tax-free fossil fuel, heavy fuel oil, emitting around 1 billion tonnes of greenhouse gas every year. This is equal to the pollution of major economies, like Japan or Germany, and is set to keep rising in the coming years due to growing trade volumes.

Prime Day is driving this increased flow of consumer goods, largely produced in low-wage countries and shipped on polluting mega-ships to wealthier hyper consuming countries. An estimated 255 million items were sold during Prime Day 2021, up from 240 million in 2020 and 175 million in 2019. The Intergovernmental Panel on Climate Change (IPCC) is clear, however, that deep and immediate emission cuts are the only way to prevent a climate disaster.

Many technologies exist today to immediately bring down shipping emissions, and alternative, zero-emission fuels are emerging. The Global Maritime Forum estimates that it would take on average $70 billion to $95 billion in annual investment in zero-emission fuels and propulsion over 20 years for shipping to meet the 2050 decarbonisation trajectory of the Paris Agreement.

With more than double this amount already in their pockets for 2022, container lines must pay up and kick-off their zero-emission transition today or face an unlivable future, Pacific Environment and Seas at Risk said.

“We demand the top 10 container giants invest a minimum of $95 billion of this year’s mega-profits in kick-starting their own upgrade to zero-emission propulsion,” the NGOs urged.

“While cleaning up the supply chain is essential to improving our chances of securing a livable future, it cannot deliver on this goal alone. A much broader and deeper shift is needed in our global business model, which is currently at odds with the future climate, environmental and social stability. Amazon and other retail giants must urgently take responsibility for their impacts and start using their multi-billion profits to pay for the damage they cause to the climate and wider environment.”

“This Amazon Prime Days season, consumers know that Amazon and its peers move goods on toxic ships that threaten ocean and human life on Earth. That’s why over 35,000 shoppers have demanded that Amazon, Walmart, Target and more move their products of fossil fueled ships and lead the way to a zero-emission ocean shipping future,” Dawn’yall Heydari, Pacific Environment, commented.

“It’s past time that Amazon and its major shipping carriers – including Evergreen, Maersk, and Yang Ming – make good on these demands and give shoppers comprehensive zero-emission shipping options that include transoceanic shipments.”

“Some of the world’s richest corporations are making even more money, without paying a cent for the environmental, health and social damage they cause. Given how many billions they have already made quietly on the back of a global pandemic, the time is up for greedy boys making excuses or playing stupid. With $95 billion a year, gigantic container lines can kick-of their much needed zero-emission transition and clean up the mess they have created. Saving the planet should be worth all your profits,” Lucy Gilliam, Seas at Risk, said. 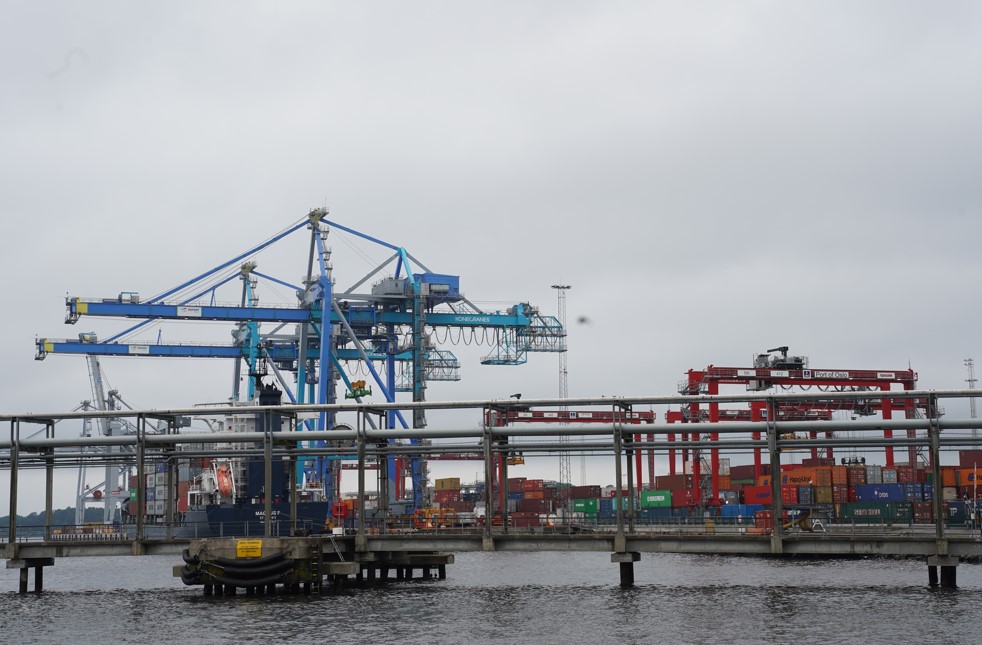