In a move to bring new investments into the oil and gas sector and boost production by tapping into Nigeria’s deepwater hydrocarbon potential, the country inked new production sharing contracts (PSCs) for six offshore licences with oil majors.

The execution of fully termed agreements for the renegotiated PSCs was revealed on 12 August 2022, less than a month after President Muhammadu Buhari unveiled on 19 July 2022 the Nigerian National Petroleum Company (NNPC), a development which saw the firm officially transiting into a limited liability entity as enshrined in the provisions of the Petroleum Industry Act (PIA) 2021.

Legal and fiscal uncertainties presented a hurdle for oil majors when it comes to investing in new PSCs in Nigeria, which means that many previously signed PSCs by Shell, ExxonMobil, Chevron, Eni, TotalEnergies, and Equinor were due to expire soon.

As the PIA stipulates that new PSC agreements under new Heads of Terms will be signed between NNPC as a concessionaire and its contractor parties within one year of signing the PIA into law with a deadline of 15 August 2022, this paved the way for the resolution of lingering disputes which created investment uncertainty and stifled new investments in Nigeria’s deepwater assets.

Therefore, NNPC used the parties’ interest to renew the PSCs as they were due to expire to sign the renewed ones, which are expected to provide several benefits such as improved long-term relationships with contractors, elimination of contractual ambiguities, especially in relation to gas terms, and enable early contract renewal, amongst others.

Mallam Mele Kyari, NNPC Group CEO, explained that renegotiations were in line with the provisions of the PIA with other improvements to the PSCs aimed at driving performance in the PSC operations. Kyari outlined that the negotiations were completed within the timeframe specified by the PIA for all renegotiated PSCs, stressing that “the meaning of this is that there is now a great deal of clarity between NNPC and its partners in the deepwater space.”

During a signing ceremony held at the NNPC Towers in Abuja, the parties renewed their agreements in five oil Mining Leases (OMLs) – 128, 130, 132, 133, and 138 – a development that is anticipated to generate further investments in the upstream sector and boost investors’ confidence while also unlocking over $500 billion in revenue for the country.

These recently inked PSCs offer more opportunities for boosting Nigeria’s crude oil production and revenue base. Commenting on this, Osagie Okunbor, Shell Nigeria Country Chair, described the execution of the OML 133 PSC contract as “a significant progress towards harnessing the deepwater resources of Nigeria.”

Richard Laing, ExxonMobil Nigeria Chairman/Managing Director pointed out that the renewal of the Usan and Erha leases validates ExxonMobil’s commitment to maintain a deepwater presence in Nigeria, through its subsidiary, Esso Exploration and Production Nigeria.

NNPC elaborated that the signing ceremony was witnessed by the Minister of State for Petroleum Resources, Chief Timipre Sylva (represented by the Permanent Secretary in the Ministry); Board Members of NNPC, led by the Chairman/Senator, Margerie Chuba Okadigbo; Chief Executive of NUPRC, Gbenga Komolafe; Chief Executive of NMDPRA, Farouk Ahmed, Executive Secretary of PTDF, Dr Bello Aliyu Gusau and the Executive Chairman of Federal Inland Revenue Service (FIRS), Muhammad Nami.

Rick Kennedy, Chevron Nigeria Chairman/Managing Director highlighted that Chevron is proud of its strong partnership with Nigeria and its various partners and remains committed to supporting the country to develop its energy resources “safely and reliably.”

In an update on 16 August 2022, NNPC disclosed that it has signed the last of the 1993 dispute settlement agreements and renewed the PSC for the OML 125 with Nigerian Agip Exploration.

When it comes to oil majors’ most recent developments in Nigeria, it is worth noting that TotalEnergies started production in July 2022 from a field tied back to existing facilities.

This is expected to deliver peak production of 50,000 barrels of oil equivalent per day by the end of 2022. 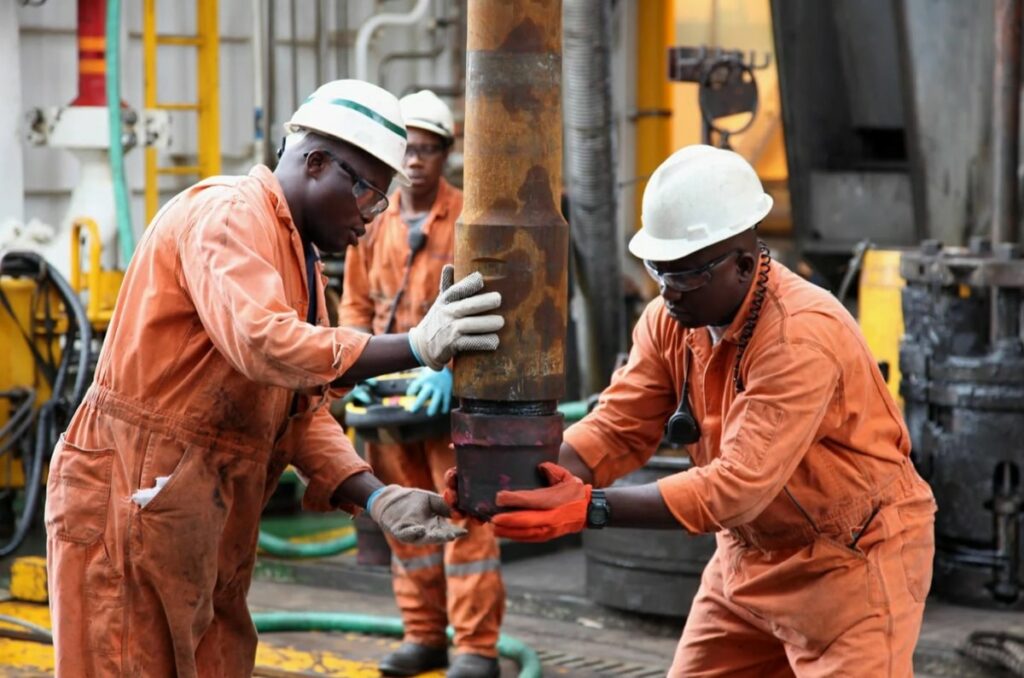