Bids come from oil majors for the 15 blocks offered by the Uruguayan government for the oil exploration and production in the Oriental del Plata, Pelotas and Punta del Este offshore basins.

Uruguay’s second offshore licensing round (Ronda Uruguay II) attracted interest of eleven oil companies but nine of them qualified for the bidding process.

The marine platform is already explored by a consortium of Petrobras, YPF and Galp, that were the bidding winners in the first Uruguay Round in 2009. According to ANCAP authorities there is a big increase in the oil sector interest on the Uruguayan offshore, when compared with the first bid where only six oil companies asked for qualification.

ANCAP is expected to come up with the results of the bidding later during the day. 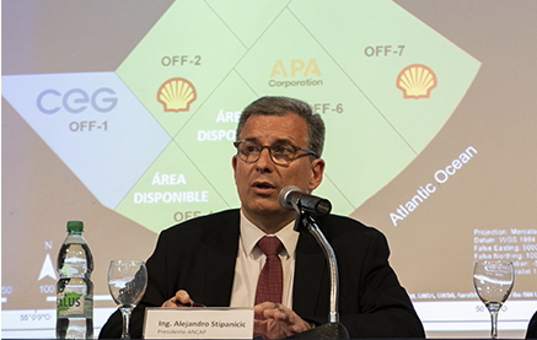