The 14,200-tonne Ninian Northern topside has been loaded onto its final resting place – the Dales Voe decommissioning pad at Lerwick Harbour.

In the deepwater voe, the topside was transferred immediately onto Allseas’ Iron Lady cargo barge and then moved to the quayside.

The Lerwick Port Authority said that Pioneering Spirit, the world largest heavy lift vessel, departed only eight hours after its first visit into a UK port. The vessel left for Rotterdam three hours ahead of schedule.

The complex operation to slide the topside 185 metres from Iron Lady to a newly-built heavy-duty concrete pad, was undertaken over two days.

The process involved synchronising the barge to the quayside to remain absolutely level and a push/pull system of hydraulic engines sliding the total transfer weight of 16,200 tonnes, including skid equipment, along purpose-built skid rails.

The pad has an impermeable surface with a 60-tonne per square metre loading, which matches the quayside capacity. The unique quay design has an 800-tonne per metre line loading which enabled the transfer of the topside from the barge.

Calum Grains, Lerwick Port Authority chief executive, said: “The successful delivery of the topside by Pioneering Spirit and the smooth operation to safely move the deck onto the base is another demonstration of the port’s capacity and capabilities to handle large decommissioning projects.

“Plans in the pipeline, including for an ultra-deepwater quay at Dales Voe, will significantly expand our potential to support both decommissioning and renewables”.

Lerwick’s biggest project yet, dismantling the Ninian Northern topside will be carried out by Veolia/Peterson, a leading industry partnership with a target over 97 per cent reuse or recycling for the structure. 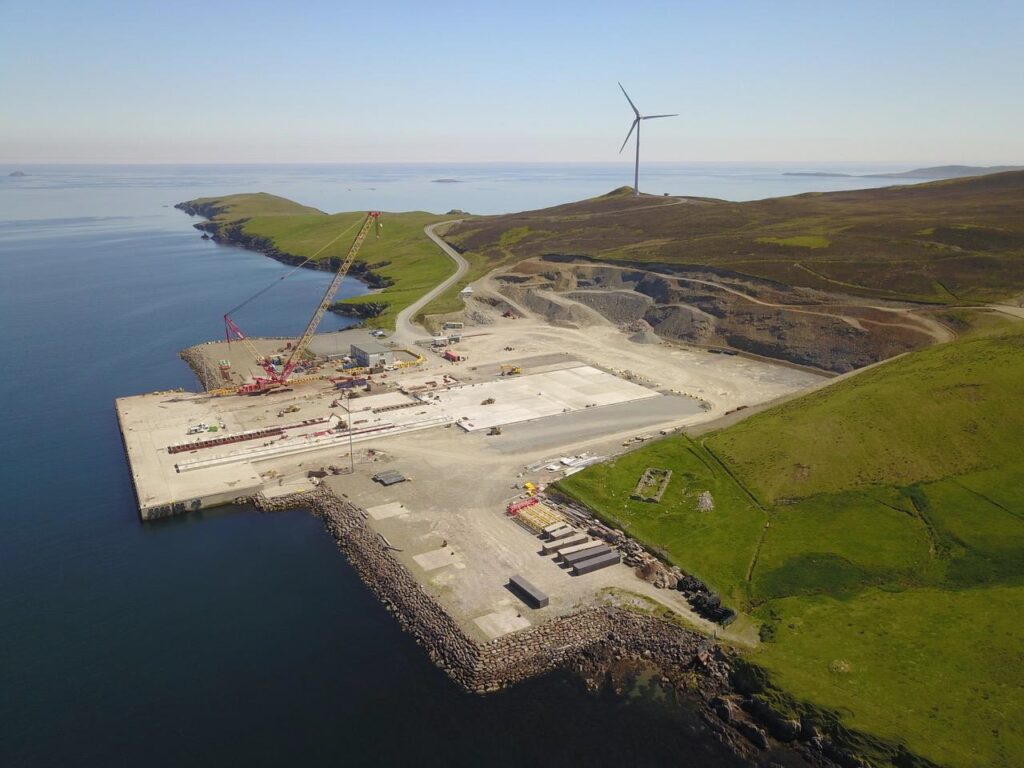