NOAA and partners released three-dimensional sonar maps and images of an immigrant steamship lost more than 100 years ago in what many consider the worst maritime disaster in San Francisco history.

On Feb. 22, the SS City of Rio de Janeiro struck jagged rocks near the Golden Gate Bridge and sank almost immediately, killing 128 of the 210 passengers and crew aboard the ship.

Fishermen in the area, hearing the ship’s distress calls, helped rescue 82 survivors, many plucked from makeshift rafts and floating wreckage. The dead included Chinese and Japanese immigrants as well as the U.S. Consul-General in Hong Kong, who was returning to the U.S. on leave with his wife and two children. The entire family died in the tragedy.

“We are undertaking this exploration of the San Francisco Bay in part to learn more about its maritime heritage as well as to test recent advances in technology that will allow us to better protect and understand the rich stories found beneath the Bay’s waters,” said James Delgado, director of maritime heritage for NOAA’s Office of National Marine Sanctuaries. To date NOAA has plotted nine of nearly 200 ships including four never before found vessels.

California-based salvagers found the wreck in the 1980s, but its exact location was unknown as the coordinates they provided did not coincide with any wreck charted by NOAA through years of sonar work.

During this expedition, Robert Schwemmer, West Coast Regional Maritime Heritage Coordinator, worked with Delgado and multibeam sonar expert Gary Fabian to locate the wreck site again. They located the site in 287 feet of water, positioned inside the main ship channel, and largely buried in mud.

Schwemmer and the Hibbard team captured the first detailed sonar and three-dimensional images of City of Rio resting in the dark, muddy waters outside the bridge.

The team also completed the first detailed map of S.S. City of Chester, which was rediscovered late last year in the vicinity of City of Rio.

“The level of detail and clarity from the sonar survey is amazing,” Schwemmer said. “We now have a much better sense of both wrecks, and of how they not only sank, but what has happened to them since their loss.”

Blair Cunningham, President of Technology, Coda Octopus Products Inc., said: “We are extremely pleased the Echoscope® has proven to be an excellent archaeological tool, providing unrivalled imaging. We look forward to working with NOAA National Marine Sanctuaries in the future.”

City of Rio de Janeiro, launched in 1878, joined the fleet of the Pacific Mail Steamship Company, carrying passengers and freight to and from San Francisco, Honolulu, Yokohama, Japan and Hong Kong as America expanded into the Far East and Pacific after the Civil War. Most Americans whose ancestors came to the United States from the Far East in the 19th and early 20th centuries to start a new life arrived on ships like City of Rio de Janeiro.

City of Rio de Janeiro was rumored to be full of silver treasure, but Delgado said accounts of a shipment of “Chinese silver” were actually bars of tin. “Today the wreck is broken and filled with mud, and it is a sealed grave in fast, dangerous waters in the main shipping lanes,” he said.

Gulf of the Farallones National Marine Sanctuary encompasses nearly 1,300 square miles of of ocean and coastal waters beyond California’s Golden Gate Bridge. The sanctuary supports an abundance of species including the largest breeding seabird rookery in the contiguous United States, and other species such as whales and white sharks. 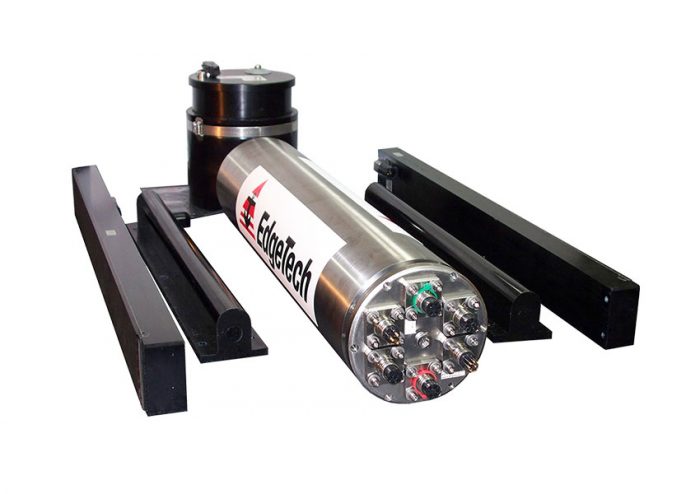