A new NOAA outlook shows that many coral reefs across the world will likely be exposed to higher-than-normal sea temperatures for an unprecedented third year in a row, leading to increased bleaching, and with no signs of stopping.

According to NOAA it will hit the U.S. hard, especially in Hawaii, Guam, the Commonwealth of the Northern Mariana Islands, Florida Keys, U.S. Virgin Islands and Puerto Rico. The deeper reefs in the Flower Garden Banks National Marine Sanctuary, 100 miles off the coast of Texas in the Gulf of Mexico, are also in the crosshairs.

NOAA Coral Reef Watch finds there is a 90 percent chance of widespread coral bleaching in the Pacific island nations of Palau and the Federated States of Micronesia during the probable La Nina. La Nina conditions can cause high ocean temperatures in the western Pacific. NOAA is currently predicting a 75 percent chance of La Nina development this year.

“It’s time to shift this conversation to what can be done to conserve these amazing organisms in the face of this unprecedented global bleaching event,” said Jennifer Koss, NOAA’s Coral Reef Conservation Program director. “We have boots on the ground and fins in the water to reduce local stressors. Local conservation buys us time, but it isn’t enough. Globally, we need to better understand what actions we all can take to combat the effects of climate change.”

NOAA is actively working with coastal resource managers and communities in coral reef areas to provide the best available science and tools to enhance reef resilience. The agency and its partners are also developing methods to assess the potential resilience of reefs so management officials can target and prioritize local conservation actions.

This third global coral bleaching event began in mid-2014 is ongoing. Global warming, coupled with El Nino, continues to make this the longest and most widespread coral bleaching event on record. Since its onset, all U.S. coral reefs have seen above normal temperatures and more than 70 percent of them have been exposed to the prolonged high temperatures that can cause bleaching. Studies have shown that about 93 percent of Australia’s Great Barrier Reef was bleached as of this April.

“NOAA’s satellite and climate models provide us with the ability to track the high temperatures that are causing this bleaching and alert resource managers and scientists around the world,” said C. Mark Eakin, NOAA’s Coral Reef Watch coordinator. “However, it is crucial that scientists and the public continue on site monitoring of reefs to track the actual extent and severity of the bleaching.”

A bleaching event is not always a death sentence for corals. In fact, corals are remarkably resilient creatures. Just as a healthy person is more able to fend off a cold, healthy corals are more likely to resist large-scale stress like a bleaching event. Resilient corals that do bleach have a better chance of recovering if ocean temperatures return to normal relatively quickly and other human impacts are kept at a minimum.

This week, the global bleaching event is on the minds of the world’s top coral reef experts as they gather for the 13th International Coral Reef Symposium in Honolulu where the focus is bridging science to policy to achieve coral reef sustainability. Panels and presentations about NOAA’s extensive coral reef portfolio will take place throughout the week. 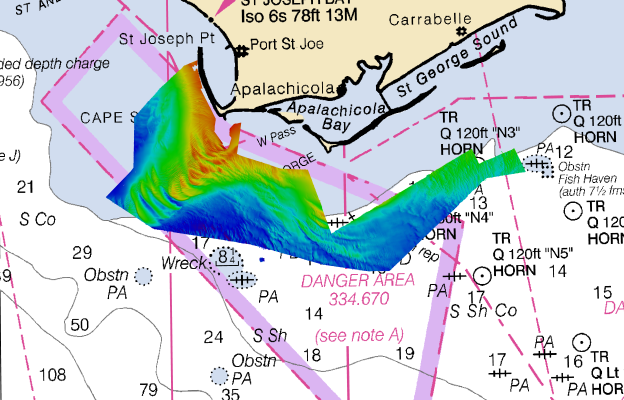