NOLA CEO: Trump’s Trade Tariffs Not Good for US Ports

The United States ports are likely to be negatively impacted by the latest trade tariffs being proposed by the Trump Administration.

According to Brandy Christian, President and CEO of the Port of New Orleans (NOLA), imposing and enforcing tariffs arbitrarily on imported steel and aluminum would negatively impact ports, the larger maritime community, manufacturers throughout the U.S., and other steel-consuming industries.

“Port NOLA is particularly sensitive to tariffs on imported steel and non-ferrous metals such as aluminum because the commodities are important revenue sources and generate significant transportation jobs,” Christian said.

Port NOLA imported 2.48 million tons of steel in the fiscal year 2017, which represents 83 percent of its breakbulk tonnage and 30 percent of its total general cargo tonnage. Port NOLA also imported 665,154 tons of aluminum traded on the London Metals Exchange, the port figures show.

“Make no mistake, this is a tax on American families. When costs of raw materials like steel and aluminum are artificially driven up, all Americans ultimately foot the bill in the form of higher prices for everything from canned goods to automobiles. The reality is that there is nothing this country will gain from such a one-sided policy. These tariffs threaten to destroy more U.S. jobs than they will create while sending an alarming signal to our trading partners and diminishing markets for American-made products overseas,” U.S. National Retail Federation’s CEO and President Matthew Shay said.

The plan has been fiercely opposed by the European Union and Canada which threatened to retaliate with their own tariff schemes.

“The reaction of other countries and their desire to retaliate against U.S. exports is a concern for Port NOLA and ports along the Lower Mississippi River. Louisiana is a leader for exporting the nation’s agricultural products to overseas markets, with a nearly 60 percent market share of export grain from the U.S. Midwest,” Christian added.

As stressed, the new law could have a much greater impact than the steel tariffs imposed by former President Bush in 2002 when the port NOLA suffered a 46 percent decline in steel imports.

“Port NOLA believes free and open trade policies, combined with appropriate incentives for U.S. steel producers is the best means to promote all sectors of the U.S. economy. We will continue communicating to members of the Louisiana delegation that it is in the best interest of the Port and U.S. economy that the Administration limit actions related to this matter,” she concluded. 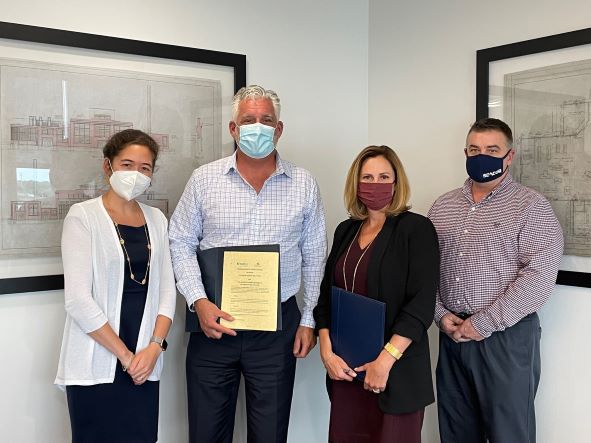