Today, the world’s biggest submarine pipeline plough, PL3, arrived in the Baltic Sea on the deck of mother ship Far Samson. The subsea plough will be used to entrench the Nord Stream Pipeline in Swedish and Danish waters.

Lowering of the pipeline below seabed level using PL3 ensures that the pipeline will remain stable in its position throughout its lifetime. Ploughing of the first pipeline is scheduled to be performed at several locations along the pipeline route between early February and mid-March, 2011.

Model simulations have shown that ploughing will have no significant impact on flora and fauna as sediments will settle quickly. As part of its environmental monitoring programme, Nord Stream will monitor the water quality before, during and after trenching to confirm that the results of the model simulation are correct and that Nord Stream is fulfilling permit requirements.

Subsea ploughs work much in the same way as their land-based farming equivalents, except in this case the pipeline is passed through a pair of roller boxes in the body of the plough whilst the seabed is excavated as the plough advances. The PL3 plough raises the pipeline into its roller boxes using hydraulic grabs, and is then towed by the Far Samson, creating a trench of pre-determined length, depth and width into which the pipeline is laid as the plough progresses. Natural sediment movements from waves and currents will gradually backfill the ploughed trench.

The PL3 plough used for the Nord Stream project was developed and built in the UK between 2007 and 2009 by IHC Engineering Business for Saipem UK Ltd. It weighs approximately 200 tonnes and is 22 metres long. It can excavate a trench up to a maximum depth of 2.5 metres. It is towed by the Far Samson, a purpose-built vessel that was declared Norway’s “Ship of the year 2009”. During the bollard pull test, the Far Samson established a world record when it achieved 423 metric tonnes continuous bollard pull. The Far Samson has a hybrid propulsion system and is extremely fuel efficient; its generator engines are equipped with catalytic converters which result in 95 percent NOx reduction. 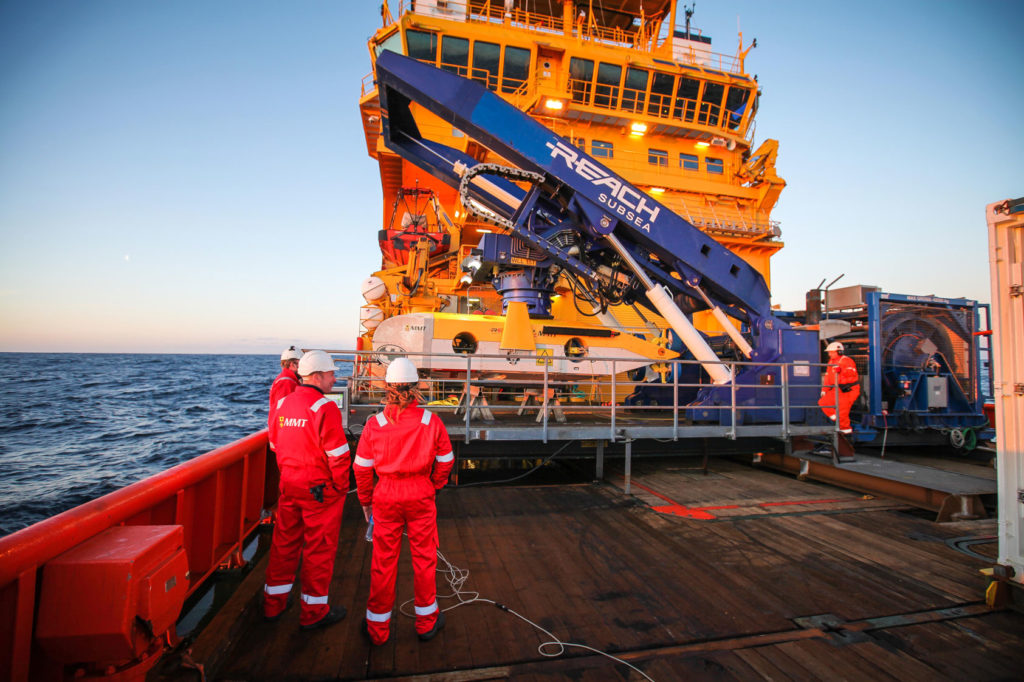