German energy company Wintershall has received approval by the Norwegian authorities for the plan for development and operation (PDO) for the Maria development, offshore Norway.

The company, a subsidiary of BASF, submitted the PDO to the Ministry of Petroleum and Energy on May 5. The approved development solution for the Maria field involves two subsea templates located on the ocean floor tied back to several host installations in the area.

“This is another important landmark for Wintershall in Norway. In a challenging oil price environment, we are moving ahead with the execution of this key development project. Through Maria we are investing in one of our core international regions which demonstrates our commitment on the Norwegian Continental Shelf,” said Hugo Dijkgraaf, Wintershall Maria Project Director.

Under the approved development solution, the Maria reservoir will be linked via a subsea tieback to the Kristin, Heidrun and Åsgard B production platforms. The Maria well stream will go to the Kristin platform for processing while supply of water for injection into the reservoir will come from the Heidrun platform and lift gas will be provided from Åsgard B via the Tyrihans D field subsea template. Processed oil will be shipped to the Åsgard field for storage and offloading to shuttle tankers. Gas will be exported via the Åsgard Transport System to Kårstø.

“By developing this innovative solution that utilizes existing infrastructure in the Norwegian Sea, we are strengthening our position as a subsea operator and generating substantial value for the partnership and the whole supply chain,” added Dijkgraaf.

According to Wintershall, a number of contracts have already been awarded for the Maria project, notably the subsea production system to FMC Kongsberg and the contract for pipeline and subsea construction to Subsea 7.

Investments in the Maria development are estimated at around 15.3 billion Norwegian crowns, including development drilling. Recoverable reserves on the field are estimated around 180 million barrels of oil equivalent (boe), of which the majority is oil. The planned production startup for Maria is in 2018.

The Maria field is located approximately 20 kilometres east of the Kristin field and about 45 kilometres south of the Heidrun field in the Halten Terrace in the Norwegian Sea. Wintershall Norge is the operator of the license with a 50% share. Petoro has a 30% share and Centrica Resources (Norge) owns the remaining 20%. The ownership structure is soon expected to change as Tellus Petroleum will acquire 15% of the Maria development from Wintershall. 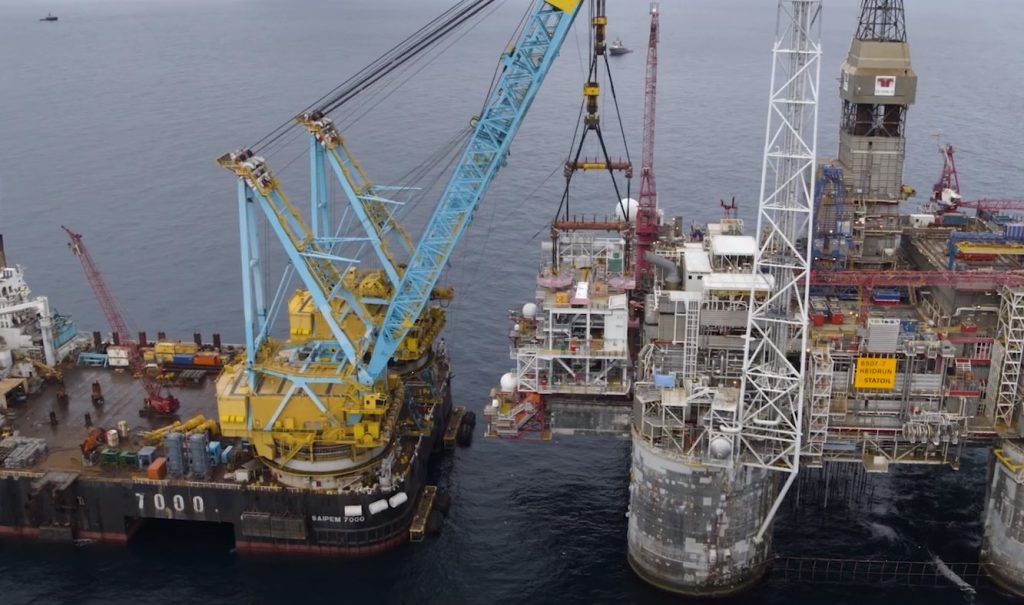