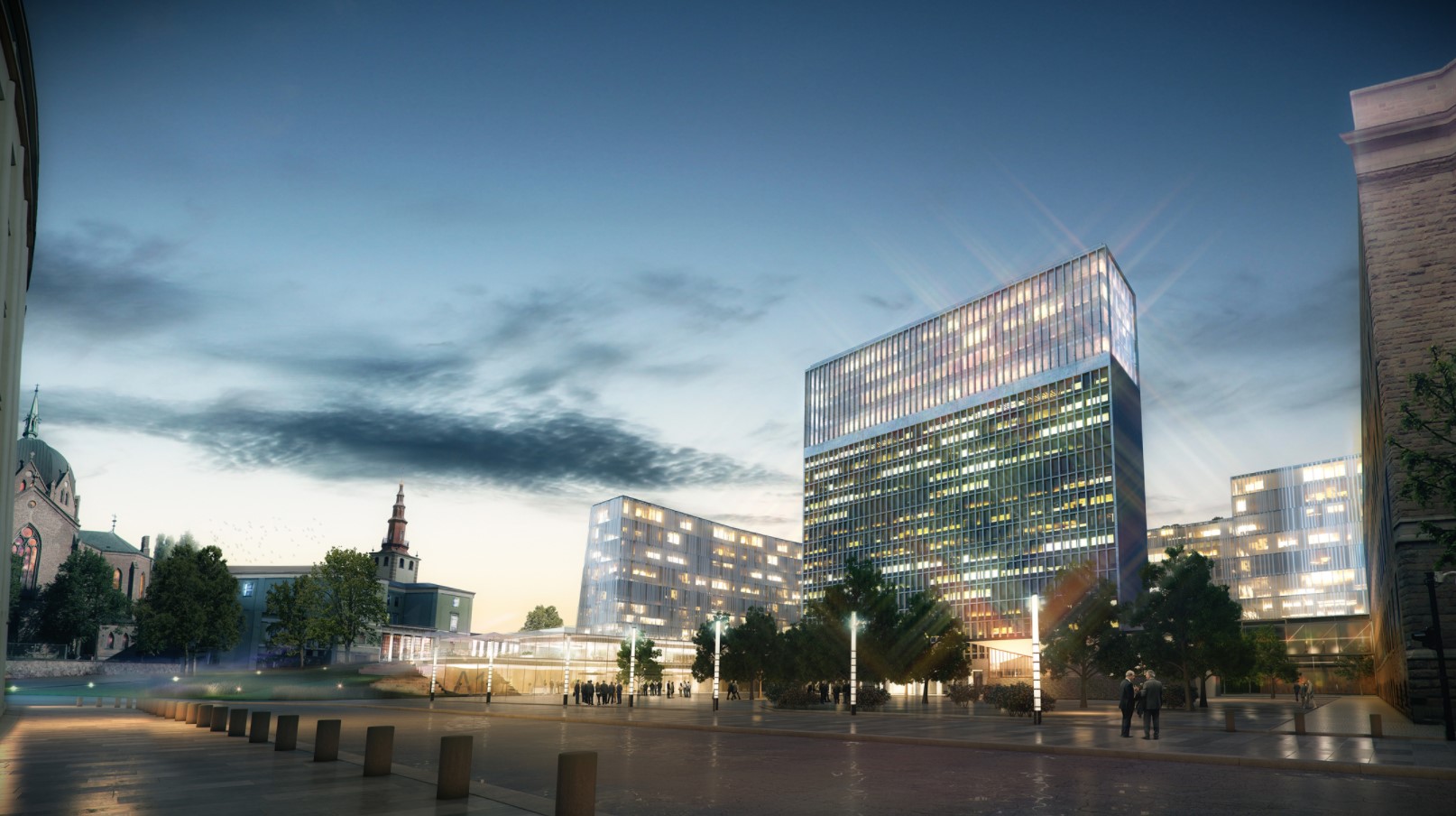 The Norwegian government has submitted a proposal to Norwegian Parliament to launch “the greatest climate project in Norwegian industry ever” – the carbon capture and storage (CCS) project named Longship.

The Norwegian Government said in a statement on Monday that Longship, Langskip in Norwegian, was a milestone in the Government’s industry and climate efforts.

Prime Minister Erna Solberg stated that the project would lead to emission cuts and facilitate the development of new technology and thus new jobs.

The Government proposes to first implement carbon capture at Norcem’s cement factory in Brevik. It also intends to fund Fortum Oslo Varme’s waste incineration facility in Oslo, providing that the project secures sufficient own funding as well as funding from the EU or other sources.

“For Longship to be a successful climate project for the future, other countries also have to start using this technology. This is one of the reasons why our funding is conditional on others contributing financially as well”, Solberg added.

Longship also comprises funding for the transport and storage project Northern Lights, a joint project between Equinor, Shell and Total. Northern Lights will transport liquid CO2 from capture facilities to a terminal at Øygarden in Vestland County. From there, CO2 will be pumped through pipelines to a reservoir beneath the sea bottom.

Minister of Petroleum and Energy Tina Bru added: “Building bit by bit in collaboration with the industry has been important to us in order to be confident that the project is feasible.

“This approach has worked well, and we now have a decision basis. Longship involves building new infrastructure, and we are preparing the ground for connecting other carbon capture facilities to a carbon storage facility in Norway.

“Longship is the greatest climate project in Norwegian industry ever. We will cut emissions, not progress”.

According to the UN Intergovernmental Panel on Climate Change, CCS will be necessary to reduce global greenhouse gas emissions in line with the climate targets at the lowest possible cost. More such projects will help CCS become an efficient climate policy instrument with new facilities being developed in Europe and globally.

Norway has committed itself to cut domestic emissions by 50-55 per cent by 2030. “For the world to achieve the goals that we have committed ourselves to in the Paris Agreement, we need large-scale carbon capture and storage.

“Not all emissions can be cut by applying renewable energy. In several industrial processes, such as the production of cement, CCS is the only technology that can cut emissions.

“With Longship, Norway will support the development of climate solutions for the future”, stated Sveinung Rotevatn – the Minister of Climate and Environment.

Norway is in a good position to contribute to the development of CCS. For decades, the development and operation of the CO2 storage projects on the Sleipner and Snøhvit fields have demonstrated safe carbon storage on the Norwegian continental shelf.

“Through Longship, the Government will strengthen the Norwegian industry by enabling enterprises to meet the climate requirements of the future. The project is an important contribution to green growth and will secure and create new jobs in the industry”, Kjell Ingolf Ropstad – Minister of Children and Families.

Longship facilitates the further development of CCS both in Norway and Europe. The project has been matured to a level required for an investment decision, and the decision basis shows that all parts of the project are feasible.

The Government added that, for Longship to have the desired effect, an ambitious development of climate policies in Europe is needed.

The risks are primarily connected to the economy of the project, such as the technical integration of the different parts of the project, the scope of following projects and necessary support schemes for such projects from the EU and individual countries.

The total investments in Longship are estimated at $1.85 billion. This includes both Norcem, Fortum Oslo Varme as well as Northern Lights.

The operating costs for ten years of operation are estimated at $864 million. The total cost estimate is thus $2.7 billion.

Longship will receive state aid in accordance with negotiated agreements. The state’s part of these costs is estimated at $1.8 billion.