The Ocean Battery is a modular system that can be placed on the seabed around wind turbines or floating solar power plants to store excess energy produced by these renewable energy technologies.

It is a flexible system, which can be used regardless of the scale and circumstances, Ocean Grazer claims.

The Ocean Battery functions in the same way as a hydropower plant – basically like a dam. It works according to sustainable and proven techniques, requiring very little maintenance.

The first test phase for the system has recently been completed in the Eemshaven port, located in the northern Dutch province of Groningen.

Frits Bliek, CEO of Ocean Grazer, said: “This prototype has already proved the technical functioning and efficiency of the Ocean Battery. Now it’s time for the next step. The energy transition will not work if we cannot store energy. We are ready, and so is the market”.

The Ocean Battery is being tested via a carefully planned path to identify and exclude the highest risks at a relatively low cost, according to Ocean Grazer, which is a spin-off company of the University of Groningen.

For the next phase, the project is moving to a flooded quarry, where a full-sized model measuring 70 by 70 metres will be placed on the bottom. The conditions resemble those on the seabed, as this is where the Ocean Battery will ultimately do its work.

The developers noted that the system will only be tested in the sea if this phase proves to be a success.

“We place a reservoir filled with water on the seabed. To store energy, the Ocean Battery pumps all of the water out of the reservoir, working against the pressure exerted by the sea. When there is a demand for energy, water flows back into the reservoir and triggers the turbines to generate electricity. It is a highly efficient process and the technology is extremely reliable”, Bliek explained.

The test model in the quarry will be connected to floating solar panels, Ocean Grazer confirmed.

“This will demonstrate that the system is in excellent technical and economic working order. Manufacturers and other stakeholders need this information, as it shows that the Ocean Battery works well in combination with other modes of production and renewable energy”, added Bliek.

The system is expected to be certified and ready for operation in 2023, the company said.

The point and necessity of storing energy

The capacity of European offshore wind farms is targeted for increase to 30OGW by 2050. This level of production is not driven by demand, but by weather conditions – strong winds cause peaks in production.

As the network becomes overloaded and prices turn negative, the turbines have to be halted. This is also the case when it is not windy enough.

So, the system must be switched from demand-driven to supply-driven, claims Ocean Grazer.

“Matching supply and demand is the biggest challenge in the large-scale supply of solar and wind energy. If we cannot store wind energy efficiently at the production site, it will become a victim of its own success. After all, the investments need to be recouped”, said Bliek.

This is where the Ocean Battery comes into its own. Excess energy can be stored and supplied as and when it is needed. No expansions to the infrastructure are needed, according to the company.

Unlike other energy storage systems that are currently being developed, the Ocean Battery works on water in a closed circuit and does not use chemicals.

The ‘battery’ can be charged and discharged ad infinitum. The Ocean Battery is said to be efficient, sustainable and ecologically sound, as no scarce materials or hazardous substances are needed for its production or manufacture. The developers claim its structure on the seabed can also form habitat for indigenous sea life.

The possibility of converting excess wind energy into hydrogen forms another opportunity for the technology, according to Ocean Grazer.

The Ocean Battery is also said to be able to buffer any excess and supply a constant flow of hydropower to the electrolyzers, enabling the continuous production of hydrogen.

“This makes hydrogen a much more attractive prospect for the market”, noted Bliek.

“The Ocean Battery will help us to switch to fully sustainable energy production without compromising guaranteed supply. We all agree that climate change must be brought to a halt. Energy storage systems take us a step closer to achieving our climate goals. We have the technology, so let’s use it! We are more than ready”, Bliek concluded.

To remind, Ocean Grazer was one of the 23 small and medium sized enterprises (SMEs) supported by the Marine Energy Alliance (MEA project, whose aim is to progress the technical and commercial maturity level of early-stage marine energy technology companies. 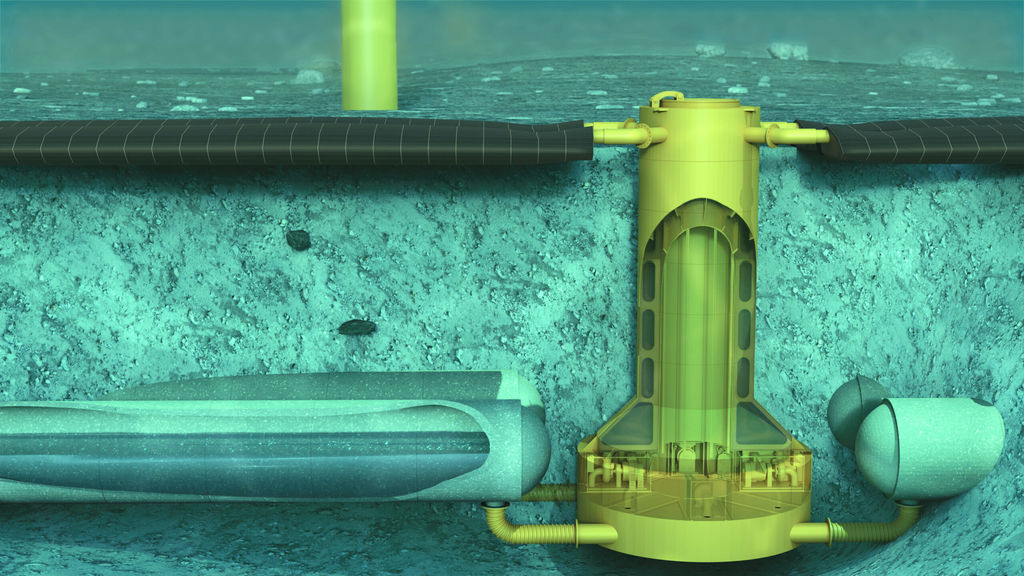