Ørsted has awarded CHC Helicopter with a contract for aerial transportation during the construction and operations phases of the Hornsea Two offshore wind project in the UK.

Leonardo AW139 and AW169 helicopters based at Humberside Airport in Lincolnshire will be used for crew transfers and cargo flights to the offshore accommodation jack-up barge and installation vessels throughout the 18-month offshore construction phase.

CHC and Ørsted will also expand their current contract for helicopter transport and technician hoisting at Hornsea One during the site’s operational phase, including the neighboring Hornsea Two site once in operation.

“We are very happy to expand our relationship with CHC to cover the Hornsea Two wind farm. By working together with CHC to cover both Hornsea One and Hornsea Two, we will able to operate much more efficiently in keeping the turbines spinning and delivering over 2.5GW across both wind farms,” said Mark Edwards, Operations Program Manager for Ørsted.

The commissioning of the 1.4 GW project is scheduled for 2022. 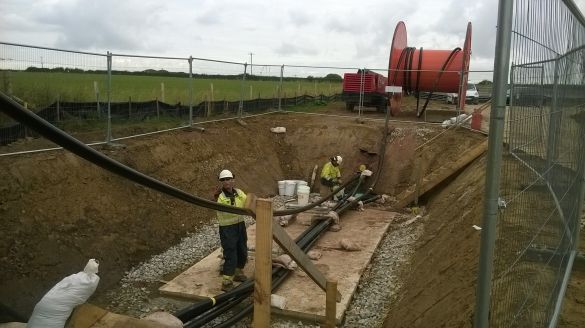