Panoro Energy ASA has announced that a Field Development Plan (FDP) to develop the Aje Field has been approved by the Department of Petroleum Resources (DPR) in Nigeria. Panoro also announced that the Joint Venture partners expect to start a new 3D seismic acquisition program over the OML113 license.

Aje is an offshore field located in the western part of Nigeria in the Dahomey Basin. The field is situated in water depths ranging from 100 to 1,000 meters about 24 km from the coast. Panoro Energy holds a 6.502% participating interest in OML113 (with a 12.1913% revenue interest and 16.255% paying interest in the Aje Field). The Aje Field contains hydrocarbon resources in sandstone reservoirs in three main levels – a Turonian gas condensate reservoir, a Cenomanian oil reservoir and an Albian gas condensate reservoir.

The Aje FDP was submitted to DPR by the OML 113 joint venture partners earlier this year, and approval to develop Aje as proposed in the FDP has now been granted. The FDP is primarily focused on the development of the Cenomanian Oil reservoir and in the first phase of development includes two subsea production wells, tied back to a leased FPSO.

These wells will comprise the recompletion of the existing Aje-4 well, and a new well drilled to the Aje-2 subsurface location. The Aje-2 well
demonstrated high productivity in a Cenomanian production test conducted in 1997, flowing approximately 3700bopd of 41?API oil even though the well had sustained significant productivity impairment during drilling operations. The FDP envisages first oil commencing in Q4 2015 with mid -case reserves of 32.4MMbbl. The Aje Joint Venture partners will take a Final Investment Decision shortly. Future phases of the project will likely target additional Cenomanian wells and a later Turonian/Albian
gas condensate project is currently considered as a separate development in the future.

Panoro also announced that the Joint Venture partners in the OML 113 license are about to begin a new 3D seismic survey over the OML 113 license offshore Nigeria. The survey is being carried out by Polarcus as a part of joint acquisition program in combination with the neighboring block OPL 310 to the east, where significant discoveries were made in 2013.

First Hydrocarbon Nigeria Ltd (a Joint Venture Partner on the OML 113 license) will, through their parent company
Afren, manage the seismic acquisition operations and subsequent processing and interpretation of the seismic data. The Aje field and many of the leads in OML 113 are already covered by a 3D seismic survey acquired in 1997, however it is expected that the new survey will provide a considerable improvement in data quality over the existing 3D data.

It is envisaged that the data will enable better development planning for the second phase of development drilling on Aje and provide
improved data to fully evaluate the exploration potential over the whole of the OML 113 license, including the exciting synrift exploration play that was significantly de-risked though the discovery made in OPL 310. The survey is expected to be completed by end of May 2014. 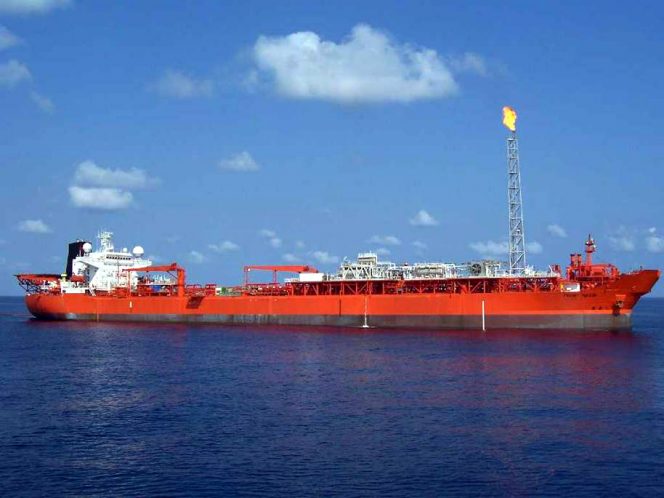