Advertisement
Back to overview
Home Green marine Paradise Papers: What They Really Mean for Shipping Industry?

Paradise Papers: What They Really Mean for Shipping Industry?

The release of the Paradise Papers, a global investigation that revealed the offshore activities of some of the world’s most powerful people and companies, has caused a stir in various sectors, including the shipping industry.

The Paradise Papers disclosed offshore interests and activities of more than 120 politicians and world leaders, including US Commerce Secretary Wilbur Ross’s interests in a shipping company that makes millions from an energy firm whose owners include Russian President Vladimir Putin’s son-in-law and a sanctioned Russian tycoon, International Consortium of Investigative Journalists (ICIJ) said.

Following the findings, Ross decided to divest his shipping interests in oil tanker company Diamond S Shipping and is in the process of selling off his holdings in another shipping firm, Navigator Holdings.

In addition, tax evasion has emerged as one of the major issues plaguing the industry.

Based on the latest study from SeaIntel Maritime Analysis, over the past 30 years, there has been a constant shift toward registering container carriers in countries dubbed as tax havens.

As a result, numerous ship owners have been criticized for preferring to register their ships in tax havens.

However, it seems that a great deal of “behind the scene” maneuvers that came under the spotlight are legal. Hence, a question arises on where can the line be drawn between what is legal and what is socially unacceptable taking into account the global character of the shipping industry?

Now that the dust is settling, several countries such as Canada, Australia and Greece, major maritime nations, have announced investigations into the findings of the Paradise Papers, which have named numerous dignitaries, including shipowners, as allegedly holding fortunes in offshore tax havens.

The EU has also announced that it would work on making its tax rules stricter so such practices and tax evasion could be curbed.

World Maritime News sought a comment from the legal firm Clyde & Co on the events and main takeaways from the Paradise Papers on the shipping industry.

“When you think of the peripatetic and truly ‘offshore’ existence of a ship, it isn’t hugely surprising that owners seek low tax jurisdictions in which to register. Unlike businesses that are based in or do a substantial amount of business in certain jurisdictions around the world, a ship rarely spends a regular amount of time in any one place,” John Leonida, Partner at Clyde & Co, said.

Nevertheless, when it comes to the legal consequences of such investigations in the shipping industry, and potential measures that might be targeted at establishing a genuine link between the real owner of a vessel and the flag the vessel flies, these might turn out to be counterproductive.

“A government could mandate that all ship operators  fly the flag out of the country that the operations are based in and demand that they need to be registered in that country for tax purposes too. But this would be likely to affect that country’s competitiveness as a maritime center. Ship owners might choose another flag to fly in a more accommodating jurisdiction and might even avoid using that country’ as a base for operations if there was a practical alternative,” Leonida explained.

“In the current climate, where electors, especially in western Europe are demanding that the tax affairs of the wealthy are less opaque, you might see governments mandating greater transparency and reporting by its ship-owning citizens and businesses. Whether this will lead to a change in where ships are registered is questionable though,” he added. 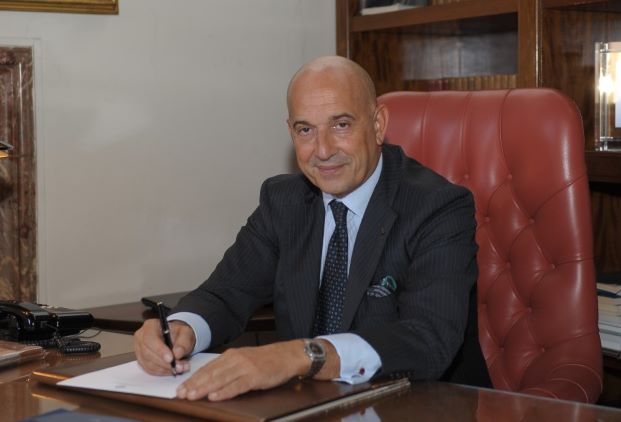