PetroVietnam said that first gas from the Sao Vang-Dai Nguyet field was delivered on Monday, 16 November 2020.

Gas output from the field is estimated at 1.5 billion cbm a year and equivalent to 15 per cent of Vietnam’s total gas output in 2019. The field will also deliver 2.8 million barrels of crude oil and condensate annually.

Sao Vang-Dai Nguyet is a deepwater high temperature-high pressure gas field located in the Nam Con Son basin on Vietnam’s continental shelf, some 300 kilometres to the southeast, in water depths ranging from 110 and 130 metres.

Idemitsu holds a 43.08 per cent interest in the field while Teikoku Oil and PetroVietnam hold 36.92 and 20 per cent, respectively. PetroVietnam is the owner of the Nam Con Son 2 pipeline which connects the field with its onshore facilities in the Vung Tau province.

The company also stated that the gas from the field would be sold to industrial customers, including power plants in southern Vietnam.

It is worth reminding that Jadestone Energy earlier this month settled a dispute with Teikoku Oil, a subsidiary of Japan’s Inpex Corporation, regarding a sale and purchase agreement for a 30 per cent working interest in Block 05-1 which holds the Sao Vang-Dai Nguyet field. 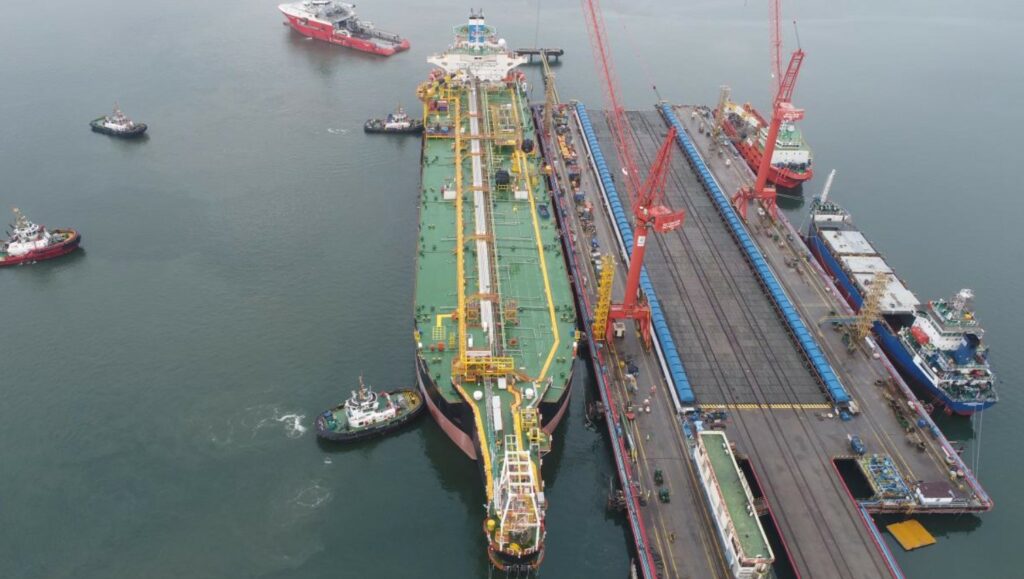