Polish oil and gas company Polskie Górnictwo Naftowe i Gazownictwo came in for a load of approx. 3000 cubic meteres of LNG at the Klaipėdos Nafta reloading station.

PGNiG has been the sole user of the facility in Klaipėda as of April 2020. Since then, more than 4,000 tons of LNG have been loaded into tank trucks for delivery to customers.

The fourth LNG shipment, which came from Norway, was transported to Klaipeda by the vessel named Kairos. Previous deliveries took place in June, August and November 2020.

Klaipėdos Nafta, the operator of oil and LNG terminals, has entered into a five-year strategic partnership agreement with PGNiG in November 2019.

Paweł Majewski, president of the PGNiG management board commented: “For PGNiG, the use of the Klaipeda station is an opportunity to expand into new markets in the small-scale LNG segment. Our cooperation with Lithuanian partners is excellent. So far, we have already received four loads there, and loaded over 250 tank trucks with with a total of over 4,000 tons of liquefied natural gas”.

Darius Šilenskis, CEO of KN added: “KN-operated Klaipėda LNG reloading station has reached a new level of utilization since PGNiG became a user. This cooperation contributes to KN‘s goal to create value for the fast growing small-scale regional LNG market. There is much of potential in the small-scale LNG activities on both national and regional scale, therefore we are looking forward to increasing a volume of commercial operations in a response to market demand”. 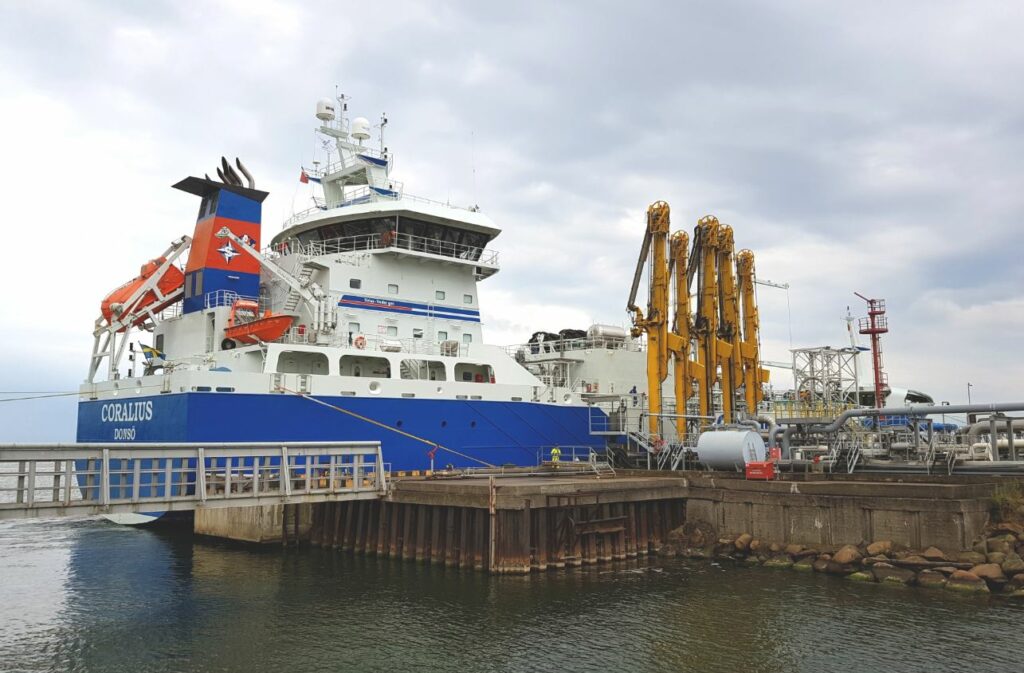