Premier Oil has announced that first gas under the Domestic Swap Agreement (DSA) in Indonesia started on 1 July 2014.

Premier will supply up to an additional 40 BBtud (gross) from its operated Natuna Sea Block A offshore Indonesia to the domestic market, via a swap arrangement.

Under the arrangement, Premier will deliver additional volumes to Singapore from its Natuna Sea Block A, which will be swapped with existing supplies from Sumatra to Singapore. These Sumatra volumes will be re-directed to the Indonesian domestic gas market.

Gas delivered under the DSA replaces gas previously contracted to Batam Island, Indonesia, from the Natuna Sea Block A under GSA3 and GSA4. DSA deliveries will be made until the domestic pipelines are constructed and the GSA3 and GSA4 contracts start.

Tony Durrant, Chief Executive, commented:
“We are delighted that our operated Natuna Sea fields are now delivering gas into the Indonesian domestic market as well as into Singapore via this innovative commercial agreement between multiple parties in Singapore and Indonesia.” 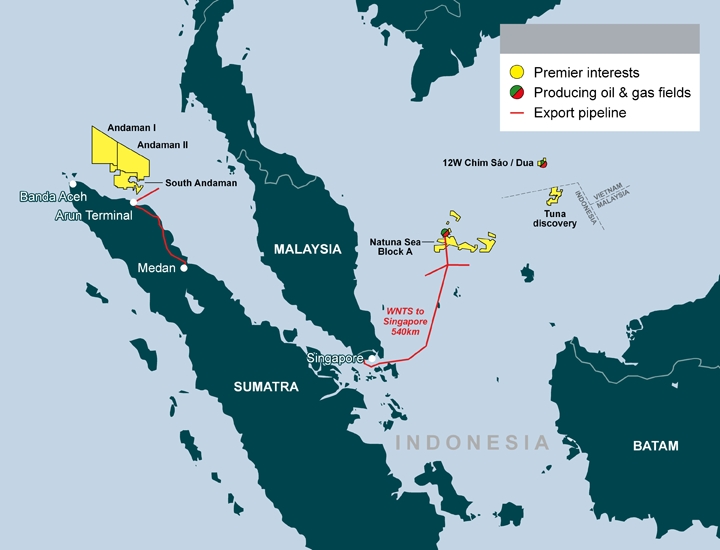