The U.S. President Donald Trump will visit the Lake Okeechobee area on Friday, March 29, to talk about progress on infrastructure projects on and near the lake, local media reports.

Trump is expected to talk about how his administration worked with Governor Ron DeSantis, U.S. Senators Rick Scott and Marco Rubio and other Florida leaders.

“President Trump is visiting Florida on Friday because he understands that these investments are vital to minimizing potential impacts, including harmful algae blooms, and improving water quality during rainy seasons in the years ahead,” according to a White House official statement.

“The Herbert Hoover Dike project exemplifies the Trump Administration’s efforts to promote federal and state collaboration on infrastructure projects that benefit its surrounding communities, which is why it was prioritized in the president’s 2019 budget request.”

Since 2001, USACE has spent more than $950 million to rehabilitate the 143-mile Herbert Hoover Dike around Lake O and expects to spend nearly another $776 million before the project’s completion. 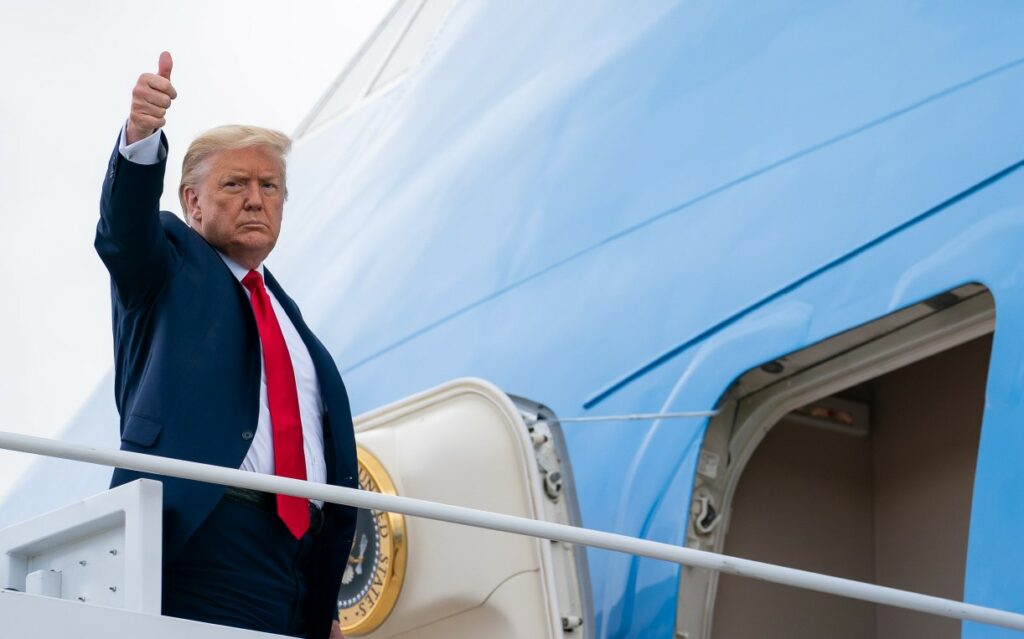