Operator of Corrib field, Shell, informed that gas production has started from the field off the northwest coast of Ireland.

The Corrib gas field is located 83 kilometres off Ireland’s northwest coast in water depths of almost 350 metres. At peak annual production, the field is expected to produce around 260 MM scf/d of gas, which is 45,000 barrels of oil equivalent per day (boe/d).

“We are very pleased to see production start at Corrib. The output from Corrib will be an important addition to Statoil’s international production portfolio,” says Tove Stuhr Sjøblom, Senior Vice President for Statoil’s development and production activities in the UK and Ireland.

“There have been several challenges for the operator and its partners to overcome on the road to this important milestone. The project has created many local jobs in the development phase and we are confident that the project will also contribute positively locally and nationally in the operational phase in terms of value creation and energy security,” Sjøblom says.

The Corrib field has been developed as a subsea-to-shore tieback solution with a pipeline leading the gas from the subsea wellheads to a landfall near the village of Glengad and onwards through an onshore pipeline to a gas processing terminal around nine kilometres inland. The gas is processed at the terminal before it is transferred into the Gas Networks Ireland (GNI) network, which delivers it to Irish gas consumers. 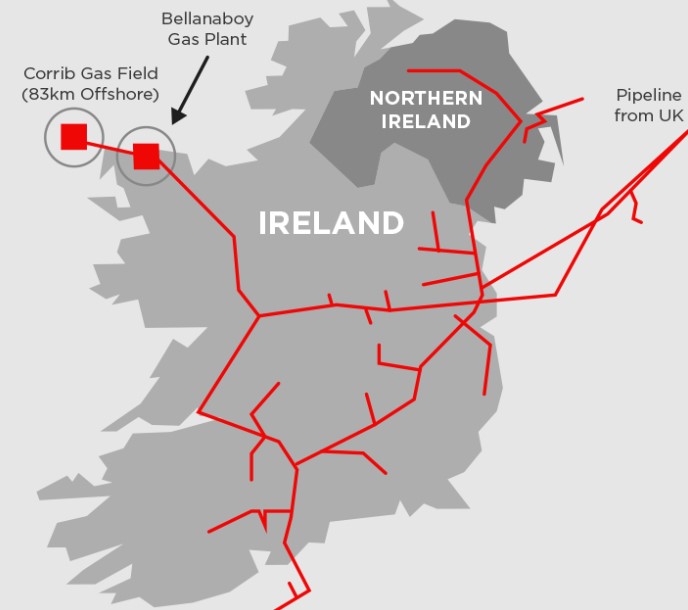