According to the Tacoma Direct Action, the organizer of the protest, six of its members have been arrested after they locked themselves down to an auger at the LNG site.

The group plans to continue protesting “until the project is halted and a Supplemental Environmental Impact Study is ordered.”

Tacoma Direct Action claims that the City Council, the Port of Tacoma, the State Legislators and the Utility and Transportation Board have ignored the protesters for over a year. The project currently under construction would “harm the environment and the greater Salish Sea,” the group says.

Puget Sound Energy’s plant, valued at about $275 million, is located at the Port of Tacoma. It is planned to provide peak shaving, marine LNG bunkering and truck loading services.

According to the project’s website, it will provide fuel for vessels owned by TOTE and other local employers, and is expected to be fully operational by early 2019.

Chicago Bridge & Iron Company (CB&I) has been awarded a contract for the engineering, procurement, fabrication and construction of the facility that includes a 30,000 cubic meter full containment storage tank, liquefier and a vaporizer.

Tacoma Direct Action, through its social media channels, said the protests continue and have moved outside Pierce County jail in support of their six arrested members. 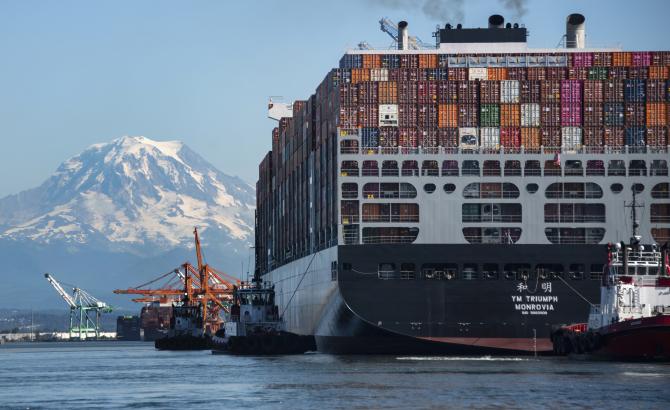