Irish oil and gas company Providence Resources is on track to secure another partner for its SEL 1/11 license off Ireland, which contains the Barryroe oil field, ahead of a multi-well program.

Located in the North Celtic Sea Basin, the license is operated by Providence’s subsidiary Exola DAC with an 80% interest. Lansdowne Oil & Gas holds the remaining 20% interest. The area lies in around 100 meters of water and is some 50 kilometers off the south coast of Ireland.

Providence said on Thursday it has continued to engage with interested co-venture partners and earlier this month, having reached provisional agreement on key commercial terms with a potential farminee, the company has granted a period of exclusivity to the farminee in order to conclude contractual negotiations which, if successful, would deliver a multi-well program at Barryroe.

However, Providence noted, given its conditional nature and subjectivity to final contracts, no specific commercial details are being released at this time.

Providence has been in farm-in discussions with potential partners for some time now but no final deal has been made.

Providence also began various work-scopes for the planned drilling of the 48/24-K Barryroe appraisal well. These work-scopes include well planning and consenting, together with the preparation of the Invitation to Tender (ITT) for the procurement of a drilling unit, which the company plans to issue in early 1Q 2018.

According to the company’s previous estimates, the first well will be drilled in the 2H 2018 or 1H 2019.

Providence has previously secured an extension to the first phase of SEL 1/11 to July 2019 and overall license extension of two years to July 2021. 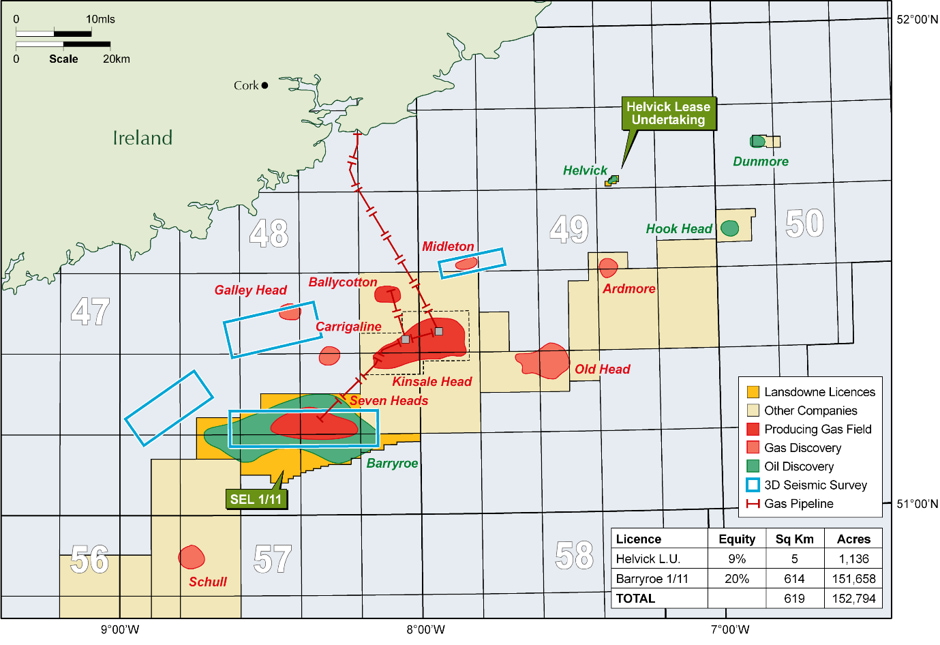