Prysmian has secured a circa €150 million contract with the Greek electricity grid operator Independent Power Transmission Operator (IPTO) for an interconnector that will link the islands of Milos, Folegandros and Santorini.

The connection is part of Phase D of the Cyclades’ electrical interconnection that completes a project aimed at the energy integration of the Serifos, Milos, Folegandros and Santorini islands with the Greek mainland power grid.

Prysmian is responsible for the design, supply, installation, and commissioning of a turnkey HVAC 150 kV three-core cable with XLPE insulation, along a submarine route of more than 100 kilometers and an onshore route of approximately 10 kilometers.

Submarine and land cables will be manufactured at the company’s qualified plants, while offshore installation activities will be performed by one of its cable-laying vessels.

The contract is set to be finalized this year, following customary approvals from the authorities involved.

Delivery and commissioning of the cables are expected in 2025.

The whole project comprises two submarine power links, one that will connect Lavrio, near Athens on mainland Greece, with the island of Milos, passing through Serifos, and the second, this one awarded to Prysmian, which will connect Milos to Santorini passing through Folegandros.

According to Prysmian, the multi-stage Cyclades Islands Interconnection project will allow the islands to replace their local power plants, which struggle to cope with peaks in demand, with energy generated by more efficient and less-polluting plants operating on the Greek mainland.

The project is also expected to encourage the production of solar and wind power on the islands that can be fed to the mainland through the new power link.

Prysmian and IPTO previously collaborated on the Cyclades Islands interconnection projects Evia, Andros and Tinos, and Syros – Lavrio, as well as the Crete – Attica and Crete – Peloponnese links. 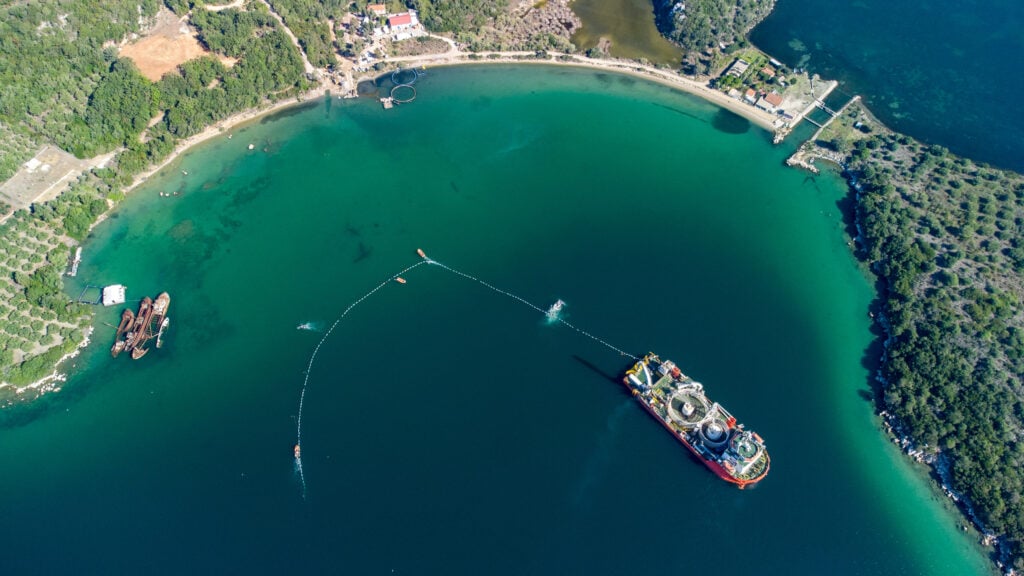