QatarEnergy has entered into agreements with Shell to acquire working interests in two offshore exploration blocks in the Egyptian side of the Red Sea.

Under the terms of the agreements, which are subject to customary approvals by the government of Egypt, QatarEnergy will hold a 17 per cent working interest in Red Sea Blocks 3 and 4, the Qatari state-owned company revealed on Monday.

Commenting on concluding these agreements, Saad Sherida Al-Kaabi, the Minister of State for Energy Affairs, the President and CEO of QatarEnergy said: “We are pleased with this important development, as it represents QatarEnergy’s entry into the Arab Republic of Egypt’s well-established upstream oil and gas sector and offers an opportunity for the consortium partners to explore this frontier acreage.”

Upon closing of the relevant agreements, the working interests in the two blocks will be, for Block 3, Shell as the operator with a 43 per cent interest, BHP with 30 per cent, Tharwa Petroleum Company 10 per cent, and QatarEnergy 17 per cent.

For Block 4, Shell will be the operator with a 21 per cent, Mubadala will hold 27 per cent, BHP 25 per cent, Tharwa Petroleum Company 10 per cent, and QatarEnergy 17 per cent.

Last week, QatarEnergy also expanded its footprint in Cyprus after signing an exploration and production sharing contract (EPSC) with Cyprus for the offshore Block 5 in a consortium with ExxonMobil.

This is QatarEnergy’s second exploration block in Cyprus, in addition to Block 10, which was awarded to the same consortium in 2017 and resulted in the Glaucus gas discovery announced in February 2019 with estimated in-place resources of 5 to 8 trillion cubic feet of gas. 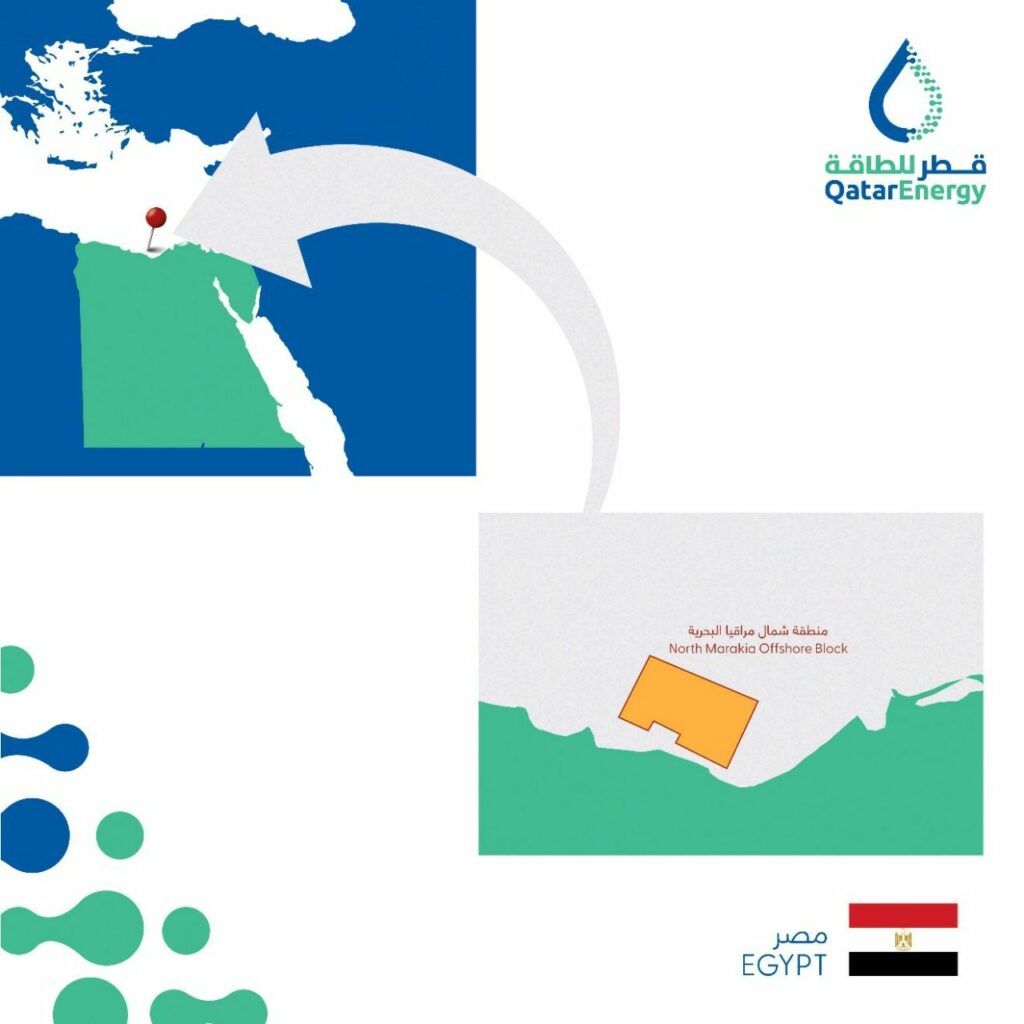