“Our core brands are firing on all cylinders, our new ships are performing exceptionally well and our costs are well controlled.  This is driving 40%+ earnings growth in two consecutive years,” said Richard D. Fain, chairman and chief executive officer.

“These very gratifying results combined with a strong start to Wave position us well on our path toward Double-Double.”

RCL said that its booked position for 2016 is roughly equal to last year’s record high, and at higher rates.

The strong results are attributed to demand for North American products such as Caribbean, Alaska, and Bermuda which represent over 50% of capacity for the year.  These North American products combined with strong demand for Northern Europe and Asia sailings are expected to more than offset current pricing challenges impacting the Mediterranean, Australia and Brazil, RCL said.

The company expects a net yield increase in the range of 2% to 4% on a constant-currency basis and flat to up 2% on an as-reported basis for the full year.

“Despite some challenges in select destinations, our strong brands, innovative hardware and deployment optimization are continuing to deliver strong yield growth in 2016,” said Jason T. Liberty, chief financial officer.  “These yields coupled with continued cost discipline are expected to result in another year of step change performance.”

Constant-currency net yields are expected to be up approximately 4% in the first quarter of 2016 amid strong Caribbean environment, combined with Quantum of the Seas’ first winter product in China.

In the second quarter of 2016, Royal Caribbean International will take delivery of Ovation of the Seas, third in the highly successful Quantum class of vessels.  Also debuting during the second quarter is Harmony of the Seas, third in the groundbreaking Oasis class. Splendour of the Seas will leave the Royal Caribbean fleet in April.  During the summer, TUI Cruises, the company’s German joint venture, will take delivery of its third new build, Mein Schiff 5. 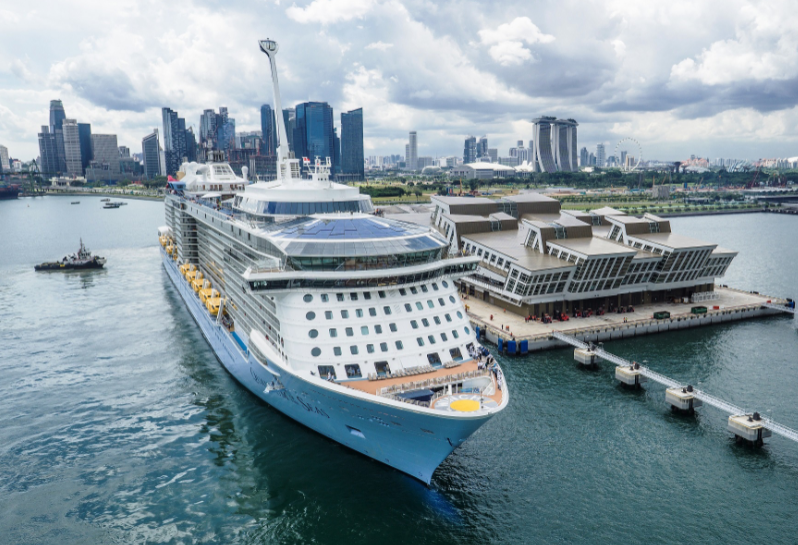