The European Union needs to give the audited South Asian ship recycling facilities “a fair chance” to get on the EU list, a recent report issued by the European Community Shipowners’ Associations (ECSA) says.

The report is based on ECSA’s fact-finding mission to India’s shipbreaking facilities in Alang, in the State of Gujarat, that took place on February 25-27.

The association said that the aim of the mission was to gain a better understanding of the possible threats to and opportunities for the Indian ship recycling and European shipping industries.

As informed, the facilities ECSA visited exhibit huge strides made over the past three years to raise standards, guided by the Hong Kong Convention (HKC) and the prospect to be included in the EU list.

The mission was marked by the willingness of the side of the ship recycling facilities, the Ship Recycling Industries Association (India) SRIA and the Gujarat Maritime Board (GMB), to transparently demonstrate and critically discuss the actual state of play towards healthy, safe and environmentally-sound recycling operations in Alang. The EU should apply its own principles of sustainable development also in their relations with third countries, ECSA said.

According to ECSA, the EU Ship Recycling Regulation (EU SRR) can only fully meet its aim to facilitate the HKC within the EU and in third countries provided it is inclusive. If facilities in third countries comply to the legal requirements of the EU SRR, their inclusion will facilitate the third country government to ban substandard demolition practices and ratify the HKC, providing a global solution and level playing field to an industry operating internationally.

“Only by encouraging and rewarding South Asian facilities that comply with the legal requirements of the EU SRR, the EU can succeed in facilitating worldwide ratifications of the HKC and as such the development of sustainable ship recycling practices all over the globe,” the report says.

The HKC is the only applicable international instrument that can provide a meaningful regulation for the development of sustainable global recycling facilities. As a matter of priority, EU Member States must now ratify the HKC and, in conjunction with the EU Commission, strive to ensure key recycling states and flag states follow suit, ECSA noted.

In order to help facilitate the global ratification of the IMO’s 2009 Hong Kong International Convention for the Safe and Environmentally Sound Recycling of Ships, the EU adopted the EU SRR in 2013 which includes a list of approved ship recycling facilities for ships flying the flags of Member States.

As a result, since 2016, non-EU facilities including those in India have received statements of compliance with HKC and have applied to be on the EU list. 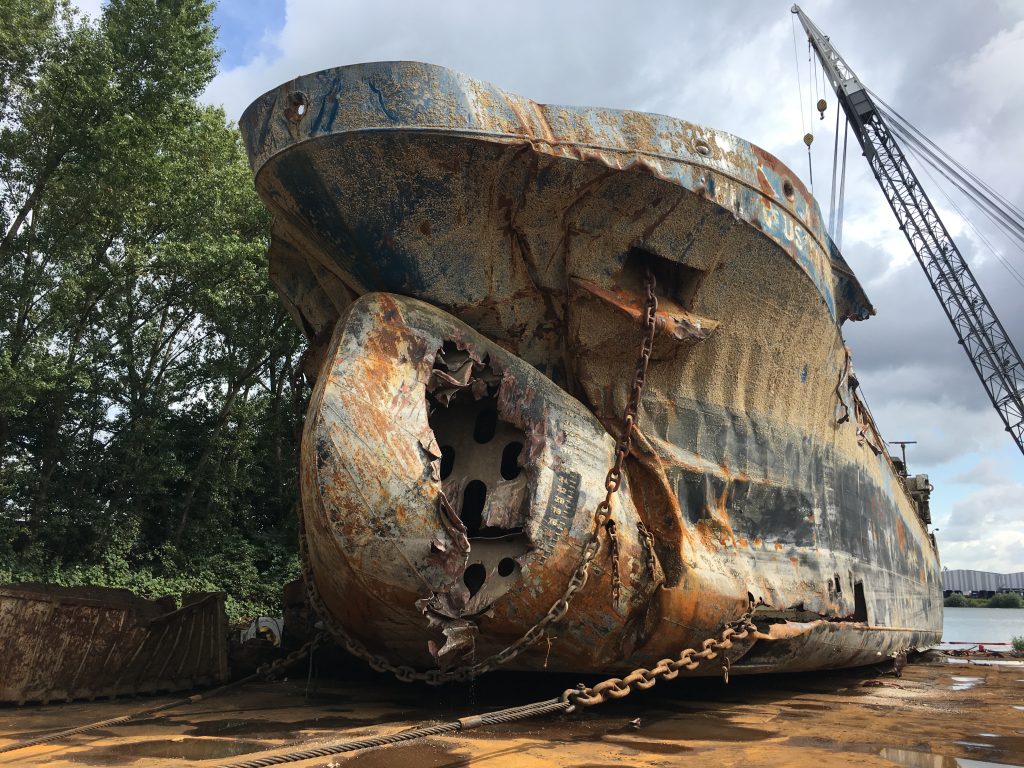 Premium
The business of responsible ship breaking
Posted: 3 months ago
World Shipping Council denounces EU’s ETS plans
Posted: about 1 month ago
Eimskip: It was not our decision to send ships to Indian scrapyard
Posted: 23 days ago
Advertisement
Related vacancies