The company supplied 420 cubic meters of LNG to Fure Vinga, guaranteeing the compensation of the total CO2emissions associated with the consumption of this LNG.

For Repsol, the bunkering signifies a new milestone towards becoming a net-zero emissions company by 2050. It is the first supply of this kind by the multi-energy company with emissions compensation through the purchase of CO2 credits (VERs) in the Voluntary Carbon Market.

Repsol is committed to LNG as a key fuel to accelerate the energy transformation of maritime transport.

Enagás provided its infrastructure for this operation (its facilities in the port of Cartagena) which was supported by the Port Authority of Cartagena and the Maritime Captaincy of Cartagena.

The Swedish vessel Fure Vinga is a chemical tanker, with a length of 150 metres and a beam of 23 metres. The tanker arrived from the Jinling Shipyard, China. The vessel will continue with its route to Rotterdam after it leaves Cartagena.

Repsol added a direct supply of LNG from the terminal in Cartagena to its network in Spain. The company is also developing two LNG terminals at the ports of Bilbao and Santander.

With this operation that was the first of its kind after a recent change in the Spanish gas system regulation, Spanish ports are now able to compete with other European ports in this area. 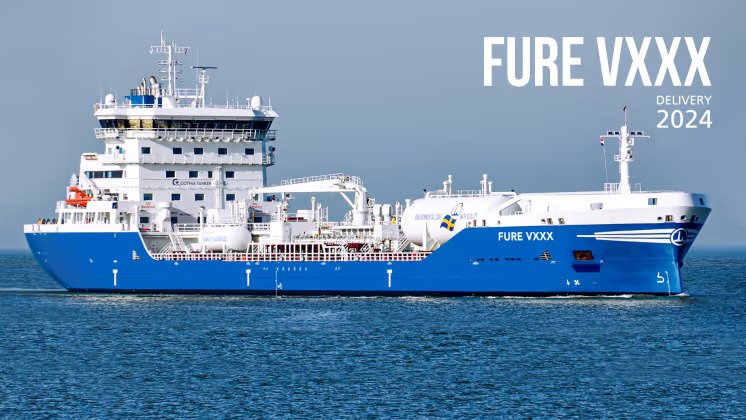