Gazprom‘s Board of Directors approved the 2011 report on the progress with the Gazprom Innovative Development Program until 2020.

The meeting emphasized that Gazprom Group had spent RUB 7.9 billion on R&D in the past year, which was 12 per cent more than in 2010.

As part of the Program, R&D was conducted to implement the engineering priorities of the Company. In particular, an effective automated system based on a partially unmanned technology was developed for gas fields. The studies on creating technologies and process equipment for development of hydrocarbon fields located in the permafrost area and continental shelf were carried out as well. The Technical Control System for Line Pipe Sections of Gas Trunklines Integrated into the Unified Gas Supply System was further improved.

In 2011 the Company built the sci-tech cooperation with 11 leading energy companies from abroad. In particular, based on the Company’s technology, Gazprom jointly with Verbundnetz Gas created and put into operation the ejector unit at the Bernburg UGS facility in Germany. Gazprom and Gasunie jointly developed the information and analysis system enabling the European dispatch centers to communicate effectively under the gas marketing conditions. The system was approved by the Gas Centre under the United Nations European Commission for Europe.

With participation of RUSNANO the Company actively cooperated with Russian small and medium-sized businesses focused on innovative technologies. Gazprom approved the Program to boost demand for innovative and, inter alia, nanotech products in the gas industry. Pursuant to the document, the innovative products are being checked against the corporate requirements, and the normative documents are being elaborated for using the said products in process operations of Gazprom Group.

As part of vocational training and career development of the Group’s experts, the Company enhanced cooperation with Russian universities.

The Gazprom Standardization System was also improved. Under the System, 136 documents were elaborated and approved in 2011, 80 of those were related to the innovative products, technologies and domestic services. 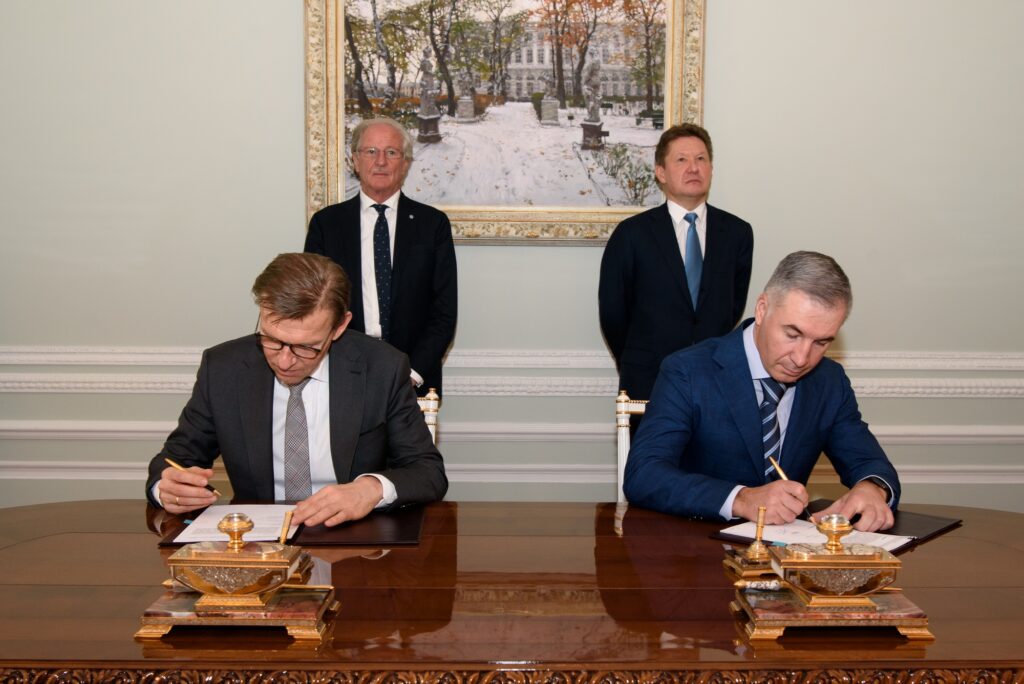