The parties agreed to jointly complete the construction and launch a new shipyard – shipbuilding complex Zvezda – in 2016, to establish a Russian-Korean engineering center for shipbuilding and marine equipment for offshore projects. The companies also agreed key terms for technology exchange, localization of production and contracts placement.

Commenting on the Memorandum signed, Igor Sechin, Rosneft President and Chairman of the Management Board, said: ‘Rosneft has a large-scale program to develop offshore projects in Russia in challenging conditions in the Nothern and Far East seas. The Company assumed obligations to localize in Russia shipbuilding and marine equipment production necessary for offshore projects implementation and is already working actively in this direction. Following the decision of the Russian President Vladimir Putin, Rosneft together with its partners Gazprombank and Sovcomflot is implementing a project to develop shipbuilding and industrial cluster at the Zvezda shipyard, that will have considerable multiplying effect on all related industries. We are glad the project will be implemented with the support of such an experienced technological partner as DSME, which owns cutting-edge technologies, as well as globally recognized reputation for shipbuilding, engineering and production of marine equipment for offshore projects. We are convinced the cluster will become a center for high-tech arctic shipbuilding in Russia’. 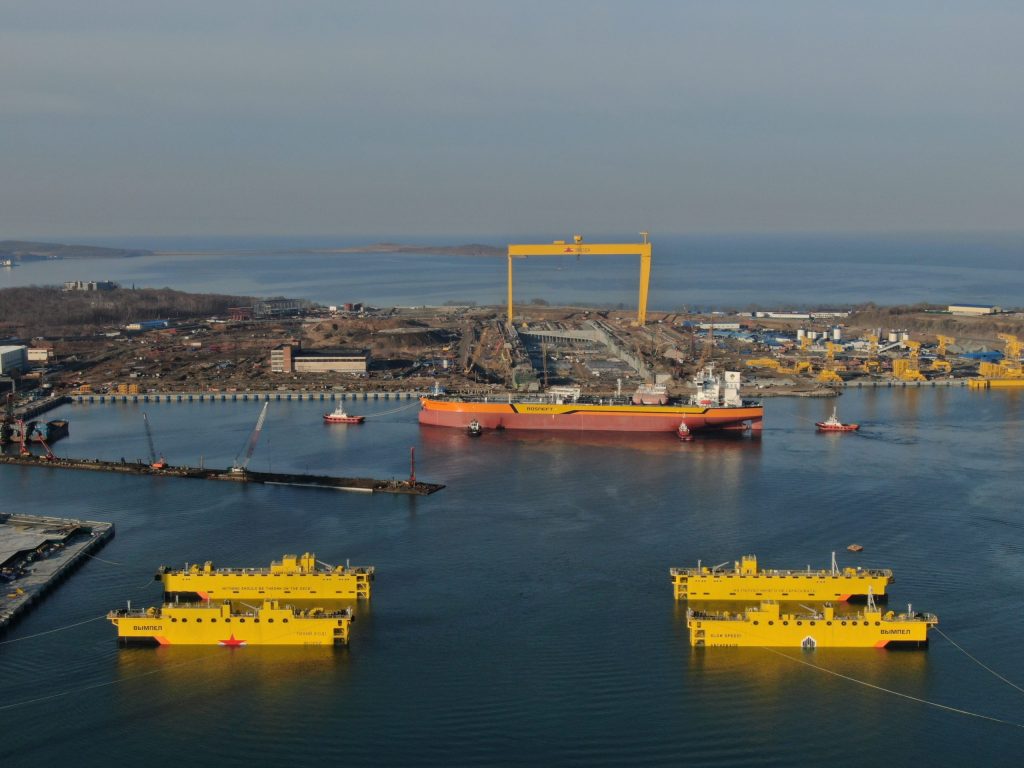