The South Stream Offshore Pipeline will consist of four parallel gas pipelines each 931 kilometres long across the Black Sea, from Russia to Bulgaria. Each pipeline will be made up of over 75,000 individual pipes which are welded together on-board special pipe-laying vessels and then laid at depths of up to 2,200 metres. The agreements with Saipem cover the design and construction of line 1 and construction of the shallow water parts, shore crossings, landfall and associated facilities for all four pipelines.

The South Stream Offshore Pipeline will be laid by several pipe-laying vessels of Saipem:

– Saipem’s Castoro Sei, a S-lay vessel suitable for both shallow and deep waters;

– The Saipem 7000, a J-Lay vessel suitable for ultra-deep water that had already constructed the Blue Stream pipeline in the Black Sea.

For the shore crossings, four micro-tunnels will be constructed on both the Russian and the Bulgarian side, each with a length of over 1 kilometre. These tunnels allow construction of the pipeline without significant construction works at the surface of the beach and shallow waters, thereby preserving the integrity of Russian and Bulgarian shores and mitigating environmental impact.

Construction to start in June 2014

Activities at the landfalls will commence in June of 2014 with the preparations for micro-tunnel construction in both Russia and then in Bulgaria.

On board the S7000, the 48-metre quad-joint pipes will be placed vertically in a large tower (J-lay tower) and welded to the main string before being lowered onto the seabed. This method is referred to as J-lay, referring to the shape of the pipeline as it is lowered on the seabed.

Construction of the first pipeline is to last until the third quarter of 2015, so the completed Russia to Bulgaria pipeline will be taken into operations phase by the end of that year. 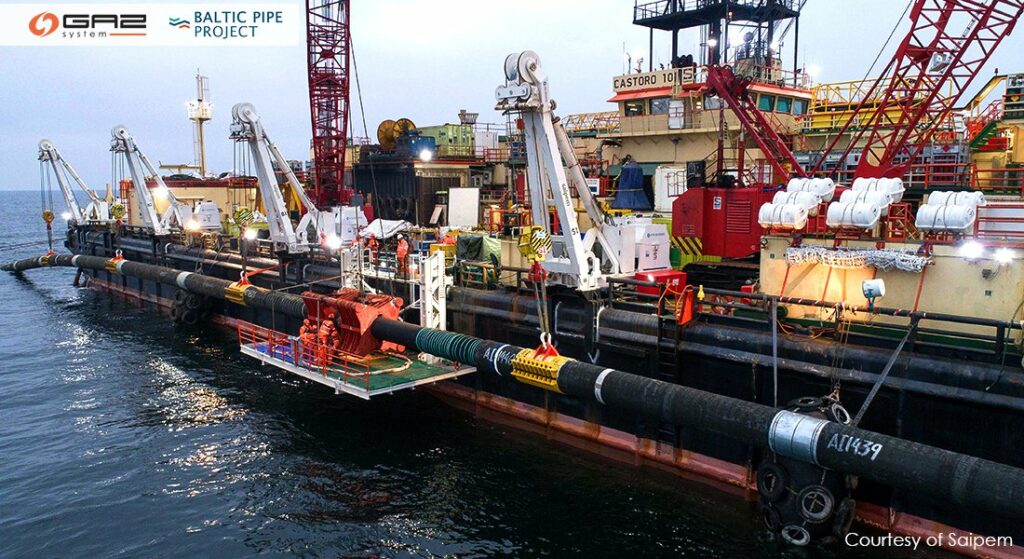