Noble Group’s plans of selling Kamsarmax quartet have failed as proposed buyers did not receive the necessary approvals from their respective boards of directors.

Back in November 2017, the commodities group said that it had signed agreements to sell four dry bulk carrier vessels for a total of USD 95 million. However, the deal was conditional upon the approval of Noble Group’s shareholders and buyers’ boards of directors.

“The buyers and the parent company of the buyers have failed to obtain approval from their respective board of directors on or before February 1, 2018 and therefore, in accordance with the terms and conditions of the MOAs, the MOAs are null and void,” Noble said in a regulatory statement today.

The proposed disposal of vessels is part of the company’s efforts to reduce debt.

The ships are mortgaged to financial institutions and part of the proceeds from the proposed sale was supposed to be used by Noble Group to pay down the amounts owed under the facilities. Following the planned repayment, Noble would have been left with around USD 30 million.

“The vessels remain available for sale and Noble Group has commenced discussions with interested third parties,” the company further noted.

Noble added that since November the market value of Kamsarmax dry bulk carriers has increased. Based on the new valuation results, the vessels are valued at an aggregate of USD 95 million, against the prior average valuation of USD 92.25 million. 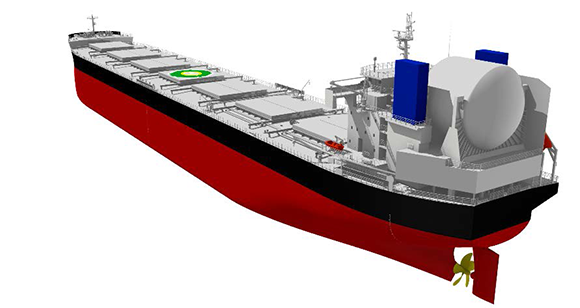