South Korean shipbuilder Samsung Heavy Industries (SHI) has confirmed that Total’s Egina FPSO has sailed away from its Geoje shipyard, heading to Nigeria.

As previously reported by Offshore Energy Today and now confirmed by the builder, the giant FPSO left the shipyard on Tuesday, October 31. It will take three months for it to reach Nigeria, according to SHI’s statement on Wednesday.

Egina FPSO project is under the Nigerian local content regulations, and a portion of the topsides fabrication and integration is to be completed in Nigeria.

SHI said that the remaining topside module integration and commissioning will take place in Nigeria for scheduled delivery in the second half of 2018.

SHI earlier formed a joint venture (SHI-MCI) with a Nigerian local company and established a production facility in Lagos, Nigeria to meet the local content requirements.

Following completion, the FPSO will be moored at the Total-operated Egina oil field, located some 130 km off the coast of Nigeria at water depths of more than 1,500 meters.

Apart from the FPSO, infrastructure on the field will consist of an oil offloading terminal, and subsea production systems that will include 52 kilometers of oil and water injection flowlines, 12 flexible jumpers, 20 kilometers of gas export pipelines, 80 kilometers of umbilicals, and subsea manifolds. 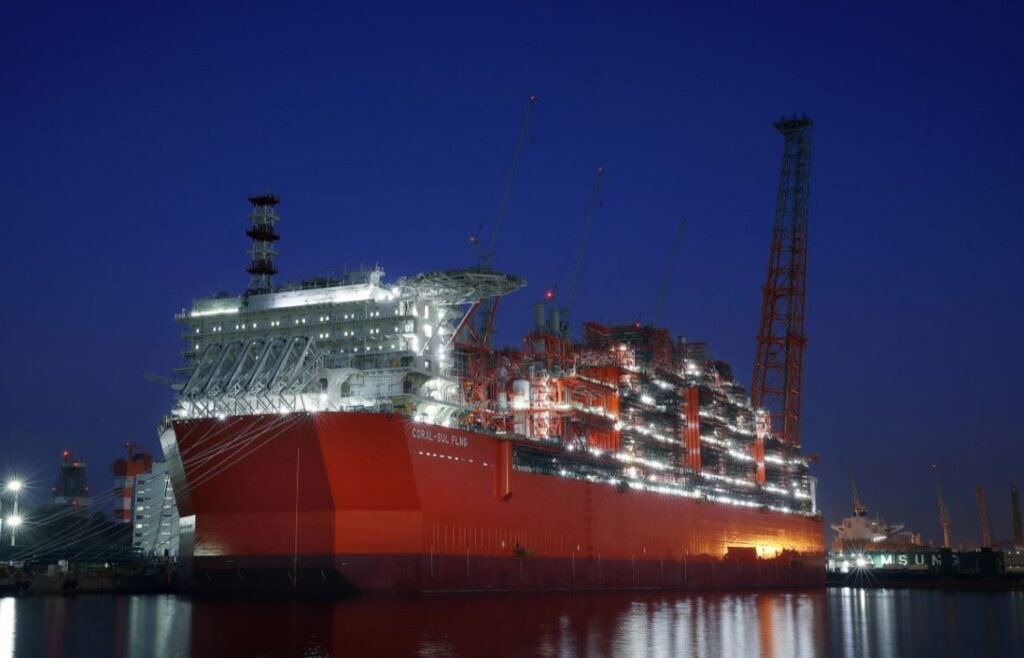