The expected impairments will be in addition to the US$756 million before tax impairment due to lower oil price assumptions included in Santos’ 2020 half-year results released in August 2020, the company noted in its statement on Monday.

The company also noted that its Proved plus probably (2P) reserves were 933 million barrels of oil equivalent at the end of 2020, an increase of 34 mmboe before production.

The acquisition of ConocoPhillips’ assets in Northern Australia and Timor-Leste combined with the sanction of infill drilling in the Bayu-Undan field added 41 mmboe in 2020.

A final investment decision on the Barossa project is expected in the first half of 2021, which would see approximately 380 mmboe commercialised to 2P reserves.

These reserve additions were partially offset by a reclassification of 16 mmboe of Juha 2P reserves in PNG to contingent resources and a 27 mmboe 2P reserves revision at the Reindeer gas field offshore Western Australia. The revision at Reindeer is due to water ingress occurring earlier than previously modelled combined with seismic analysis showing a lower structure across a portion of the field. The Reindeer revision was partially offset by reserves increases at the Spar-Halyard and Van Gogh fields in WA of nine mmboe in aggregate.

Santos acquired an additional 55 per cent interest in the Reindeer field through the Quadrant Energy acquisition in 2018. The acquisition has delivered significant value for shareholders through synergies of over US$60 million per annum and a leading position in the highly prospective Bedout Basin, including an 80 per cent interest in the world-class Dorado field (150 mmbbl liquids gross 2C) where FEED-entry is targeted for the first half of 2021.

After accounting for the Reindeer revision and 2020 production, Santos had 1,277 petajoules of 2P sales gas reserves in WA at the end of 2020, providing approximately 1.8-times coverage for existing contracts. In addition, Santos had 1,275 petajoules of 2C sales gas resource in WA at end 2020 and 401 mmboe of total 2C resource when including liquids. 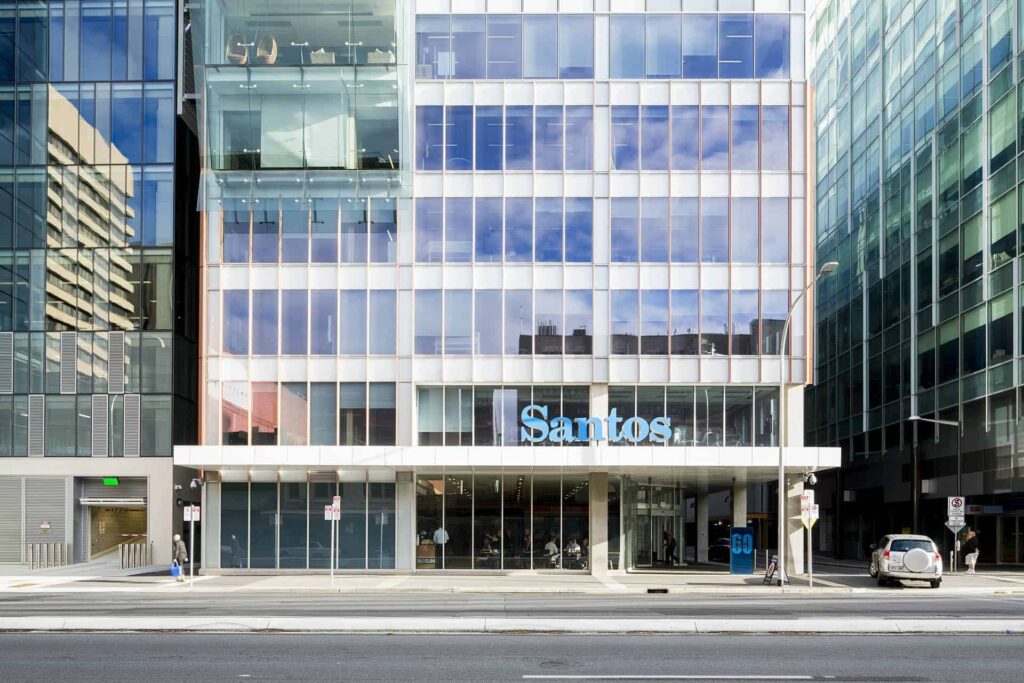