Santos applied for the permit in March 2020. The area, located in the Dampier sub-basin, has a surface of 1,123 square kilometres and includes 14 blocks.

The permit is granted under several conditions. Namely, during the first three years, the company is expected to conduct seismic data works, geotechnical studies, generate prospects and leads, and carry out play models.

Activities post drilling, in the sixth year, are expected to include geotechnical studies, including post-well studies. 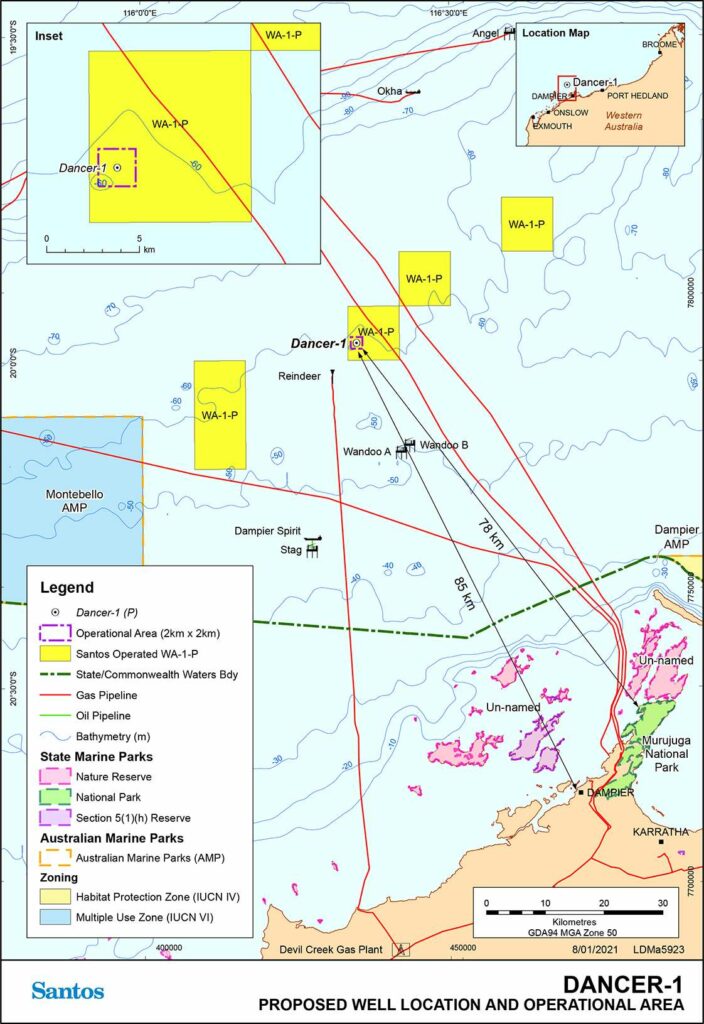